After a semester, Connor was finally starting to adjust to his role as a Quidditch captain. It had been nerve-wracking at first, but by now he at least felt like the actual practical part of the role was coming somewhat naturally. The social elements were tricky, and Connor didn't think they would ever get any easier. Not while Lucas was angry with him, at least. The best he could do was try and respect Lucas's request for distance, however much he wanted to pick at the wound that had once been their friendship. And as long as he wasn't the only captain, he could leave management of Lucas mostly to Amy. And as for next year.... well, there was no sense thinking about that right now.

What it made far more sense to think about was the cup. Connor still couldn't believe they had made it all the way to the finals, had knocked out Slytherin, of all teams, and for the first time in a long time the cup actually felt as though it was within his grasp. He had to stay focused and work hard, and every time his eyes drifted to Lucas during practice all he could do was remind himself that he was here to win, not to deal with his personal problems. With the cup at the forefront of his thoughts, Connor cleared his throat to address the gathered team. "Okay guys, we're gonna get straight into it. Chasers, keep the focus on passing and defensive play, having each other's backs will be critical against Gryffindor. Linden's our only Keeper, so fly a lap between shots to get some practice in travelling. Linden, stay sharp and keep your eyes peeled. Beaters, focus on aim over effort. Your strongest swing is still only as good as your aim. And s-, uh... Seeker, you're... you know what to do." He hoped nobody had picked up on the wobble in his voice, aiming for the same kind of encouraging tone he had given the rest of the team. "We beat Slytherin, so let's just... do it again." He grinned and gave a thumbs up, looking to Amy to see if she had anything to add before he blew his whistle and started the practice.

((No arrivals, let's get straight into practicing! Practice will go until the 20th, when our match with Gryffindor starts.))
Hufflepuff,Practice

René couldn't believe they were up in the finals this year. Even if he wasn't going to be playing it was still exciting. Shooting into the air, René tried not to feel too torn about knowing he was practicing so he could beat his brother's team in his final year, but it was easy to forget about it once the bludgers started flying.

Lucas already felt the pressure of the finals. He had somehow managed to win the last match, and now he had to do it again if they wanted to make history. It had been a long time since Hufflepuff was even a contender for the cup, and Lucas didn't want to let his teammates down. He ignored Connor and took to the air before he even finished talking, he immediately started to scan around for the snitch.

René tried to take what Connor had said about aim to heart, focusing on looking where he wanted the bludger to go as he swung. Unfortunately, he missed the bludger outright in doing so, but he hoped no one else saw that.

Blair was excited for the new practice as they had a game against Gryffindor really soon and even tho she was pretty sure that she won't go on the pitch to really play, she was still excited.

Once the practice started, Blair flew up and immediately caught the quaffle to hoped to see who she could pass to.

René shook out his arm, hoping he could blame being a little rusty on the holiday break as he took off after another bludger.

Lucas flew off to the north side of the pitch, scanning the area for the snitch.

Jordie had been nervous since seeing the article that had come out, the words ringing over and over in his head. He was no good at this, and everyone could see it. He couldn't bring himself to look at Connor, wondering how he had ever managed to convince the older boy to let him on the team in the first place. He swallowed nervously, hanging back as they shot in the air and letting Blair take the quaffle. He followed along after her, his ears burning.
Banner By Kadi

Blair decided not to pass the quaffle to anyone and made her shot at the hoops and loudly cheered when the ball went through them.

René tailed after the bludger, taking a swing and barely managing to tip the bludger with the end of his bat. At least it seemed like the chasers were having better luck he thought, giving Blair a follow up cheer when he saw she'd made a goal.

Lucas grinned when he saw Blair had scored. Then he focused on looking for the snitch again.

René shot after one of the bludgers, annoyed at how much slower his reflexes were after being off a broom for a few weeks. He could work on his aim like Connor said, but he needed to catch a bludger first.

René knew it was his job as captain, and Blair had made a good shot, but he couldn't help be feel jealous when Connor praised her, wishing he could make a good hit in as well so Connor or Amy would notice.

Jordie hung back, letting someone else catch the quaffle as it was tossed back in. He was glad Blair made the shot. Maybe if he hung back she could be the lead chaser or something. He smiled softly, waiting to see who caught the next one.
Banner By Kadi

Trying to split his focus between the team and his own job, Connor pulled away from the other players to chase after a bludger. He swung hard, aiming for Amy, but the ball sailed wide and missed his co-captain entirely. Cursing under his own breath, Connor quietly remembered his own words to the team.

René felt a little better when Connor missed his shot as well, though he swung wide when he tried to knock the bludger back towards the rest of the players, scrunching up his face in disappointment.

Linden took to the sky and started circling the hoops. Guarding as the chasers tried to get it in. He had in pervious practices let a few goals get past so as not to discourage the chasers. But this round he was keeping to the best of his ability. Even so Blair’s managed to get one past him good shot he called before retrieving the ball and throwing it back into the game.

Thank you Rowan for the awesome sig

Jordie hung back, letting someone else claim the quaffle as Linden threw it back into play. He was going to focus more on his support game this time around. He knew he couldn't get any goals past Linden anyway, so it would be better for him to just focus on being better back up for the other chasers.
Banner By Kadi 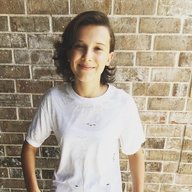 Amy grinned at Connor for encouragement, understanding how difficult it was to run a practice for the first time. Not having anything to add, she nodded at Connor to blow the whistle, and shot up in the air. It was good to see everyone getting back into it quickly, and was pleased when Blair scored. She grabbed the quaffle as it was thrown back into play, as Jordie seemed reluctant. Flying around, she kept an eye out for the other chasers.

Jordie followed after Amy, more for her support than anything else.
Banner By Kadi

Keeping an eye on the other players, Connor couldn't help noticing something strange going on. Flying closer, he called out as they flew past him. "JORDAN, REMEMBER TO GO FOR THE BALL WHEN IT'S OPEN!" He instructed, hoping the younger player had heard him. The thought of shots getting missed during their match was a worrying one, and he made a mental note to keep a closer eye.

René frowned when he heard Connor calling to Jordie, hoping he wasn't too discouraged. He'd seen what Charlie had written and he still thought it was incredibly unfair, but René had to focus on his own practice right now, having to duck last minute when a bludger shot past his head while he was distracted.

Lucas flew far away from Connor, annoyed to hear him use his captain voice. He still scanned the skies for the snitch.

Turning sharply, René was glad when he finally managed a solid hit on the bludger. It sailed well past any of the other players but he liked to think it still mostly went the direction he'd been aiming. Kind of.