This was by far the best worst idea Sully had ever had. With Quidditch season over and exams looming, he had been feeling restless, needing an outlet for his energy that was more exciting than just tossing a ball around or going for a fly around the pitch. And that was when inspiration struck. It had taken a little finagling to get into the gear shed, but soon enough, Sully had managed to smuggle the trunk containing the Quidditch balls, and, most important, the school's bludgers into the Dungeons.

Dodgeball had always been one of the best games they got to play when Sully was back in Primary school, though it was pretty rare with so many schools being worried about kids getting hurt. But he wasn't worried about that today. Setting the trunk down, Sully planted a foot on it, surveying the room proudly. The windowless dungeon room would be perfect for what he had in mind; A little game Sully was dubbing "Bludger Dodgeball". The ruled would be simple, they shut the door, they released the bludgers, last one standing won. He'd shared his plans with a few friends, making sure to keep it hush around prefects this time, and now all Sully had to do was wait for a few people to show up before they could play the official Best Game Ever.

Out of Character:
If any prefects or teachers are looking to join, please let us have a bit of chaos but shutting things down

Lysander was ready. Sullys idea for a game of bludger dodgeball was awesome, and as a beater, Sander couldn't wait to try it out. He was sure he'd be good at it, he had to, even without a bat, and it was great to have a different kind of game away from Quidditch. Rugby had been fun, but it lacked the thrilling danger of magical sports. The loss against Slytherin had sucked, hard, and dodgeball felt like a good way to get past it. He didn't waste time hurrying to the Dungeons, and acting as casual as he could about his enthusiasm to get to the gloomiest part of the castle, in case anyone who was inclined to put a stop to the plan started asking questions. He stepped into the chamber, catching sight of Sully, and punched a fist into his palm in anticipation. "Let's do this!" He cheered, eager to get started, and see who else would be joining in. He hadn't told Wendall about it, knowing that his friend would probably get hit by one immediately and have to go to the hospital wing, but he hoped to see some more familiar faces to team up with at the start.

Nikko found himself in the dungeons and almost immediately started to question how he had even ended up here. It was like he had heard something about bludgers and dodgeball and his feet started to move with a mind of their own. He loved dodgeball growing up, and he wasn't bad at it either, but it was the bludger element that really drove him. He hadn't made the quidditch team this year and he was still a little sad about it. And while he knew it more then likely wouldn't actually help him, he just hoped to maybe get a sense of how to dodge them a bit better. Nikko realized this was probably going to end badly but he was excited too, and hopefully he wouldn't be the first one to get knocked out.

Teddy knew he was making a mistake even before he had consciously made the decision to go down to the dungeons. The word dodgeball should have made him head for the hills to begin with, but bludgers? He was quite possibly going to die in the name of seeking new experiences. He already felt a bit like he'd been pummeled by a bludger ever since waking up that morning, and knew that he should probably preemptively go to the hospital wing before the game even began to get that checked out, but he was determined to stick around and actually try something for once. Trying not to let his nervousness show in front of the terrifyingly excited Gryffindor, Teddy shot a small smile towards Nikko and shoved his hands in his pockets to stop fidgeting. 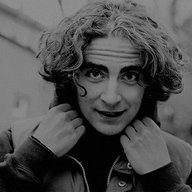 Ajaccio thought that an indoor game of dodgeball was just about the worst thing he’d ever heard, any game of dodgeball that he had ever been a part of in school had ended terribly. So, why would this be any different. And yet. There he found himself, heading to the dungeons, knowing that was exactly what he intended to do. He stepped into the corridor and immediately spotted Lysander. He walked over to the other boy, “You ready?” he asked, they both had quidditch experience, but Lysander had more and was better than him at it. But Ajax had been skateboarding all of his life, and dodged plenty that way, he was sure he wouldn’t be at a complete disadvantage. He was just ready to get started and if he got injured then that would be all the more fun.

Sully grinned as a few familiar faces showed up, happy some people had been brave enough to get in on his new, amazing idea. "Heck yeah," He said, shuffled the chest around so it was in the center of the room and beckoning the other guys closer. There was a little Ravenclaw Sully didn't recognize, so he figured he should lay down a few ground rules before they got started. "Rules are simple, we release the bludgers, and then it's every man for himself to not get hit. You're out when you've had enough and it's not my fault if you get hurt, yeah?" Sully said, glancing quickly at the younger students especially before nodding. "Okay, game on!" He called, giving the chest a switch kick to knock the latch loose and letting out a whoop as the bludgers immediately launched themselves up and out, knocking around the room wildly as Sully dived out of the way.

Out of Character:
Feel free to still jump in "late" if you'd like! I'm probably going to flip a coin or randomly generate if Sully gets hit myself.

Almost nothing in Blake's life felt certain right now, but one thing was absolutely for sure. Sully pretty much always had the best ideas. He had opted out of the spin the bottle game out of fears he wouldn't admit to anyone except maybe Lars, but bludger dodgeball... Now that was Blake's kind of game. He entered the room just as Sully was releasing the bludgers, whooping in excitement as one flew right at him. Blake dodged quickly, jumping over the ball and sprinting quickly in the opposite direction.

Lysander was happy to see another familiar face. "You bet I'm ready." He grinned at Ajax. The Quidditch boys had this in the bag. He rubbed his hands together in anticipation, and listened to Sully go over the rules. Yeah, yeah, easy. He dealt with bludgers all the time, this was going to be a cinch. He watched them be released, already buzzing around the room, and bent his knees slightly to prepare to spring away from one of them. He avoided one by jumping to the side, quickly realising this his maneuverability was very different on the ground with just two legs, rather than in the air, flying around. It was an added challenge that made it more of a risk. He ducked closer to Ajax, nudging him lightly with his elbow. "I've got your back." He offered, mostly wanting someone to have his, too. Bludgers were hard enough to keep track of in the daylight and open air.
@Ajaccio Skey

Nikko spotted Teddy and was a little surprised to see him. It was honestly the last place he expected to run into him. But he didn't have time to dwell on that long as Sully opened the chest and bludgers began to fly around the room. He heart started to pound in his chest as he went on high alert, trying to keep track of the high speed balls. It was nearly impossible to keep track of them in the dim light of the dungeon but he made a mad dash to try and get closer to where Teddy was. He had to stop short a few times as a bludger whizzed past but eventually he made it. "Hi." he said a little out of breath before for flinching as a bludger brushed past his arm, far too close for comfort.
@Theodore Hoshino

Sully was thrilled when Blake arrived, just in time for him to dramatically leap over one of the bluders. Talk about making an entrance. Glancing around the room at the other players, Sully was glad he hadn't picked a classroom to try and do this in. Any furniture or windows would have been trashed by now, as the bludgers careened off the walls and floor. He'd never really noticed how fast they moved when he was on a broom, and they were decidedly harder to avoid when he didn't have the option to move up and down as freely, or as much room to escape. Sully tried to keep his eye on both of the bludgers, but quickly lost track of one as he had to duck under the other. He was feeling pretty pleased about his near miss, turning to see if any of the others had seen when one managed to slam into his back, winding Sully as he staggered forward. Sully ducked down again in case it came back for another blow, but it seemed to have moved on, slamming into a corner and bounced away so Sully could catch his breath. He wasn't about to bow out after one hit though, eager to keep playing despite the throbbing pain.

With his death wish firmly in place, Teddy only flinched a little when the bludgers were released. He didn't want to look like a coward in front of everyone. His heart was in his throat as he watched Nikko narrowly avoid getting hit. "Let's, uh, try not to die, yes?" he spluttered, in what he hoped was an encouraging way. Teddy heard the bludger before he saw it, and immediately dropped to the ground. The bludger just managed to clip his ear, but his knees hurt more from smacking into the stone floor than where the ball got him, and Teddy hissed in pain. He clenched his jaw and looked around to check if it was safe to get up. Even though he was still deeply regretting his choice to get smacked around by bludgers in an enclosed room, Teddy was not going to be the first person who bailed on the game. @Nikko Blackwood