Open Trying this out

Parker wasn't exactly excited about the chance to be in crowded place, but he perfectly knew that if he won't come there, Bella will hit all the inner organs out of him. In her opinion, he had to socialize, in his opinion, he was better at not socializing. Yet there he was, scared for his health and bored. She had a date, he had an apple in his hands. Did it count as a date? Yeah, surely. He wasn't at least alone and it was something. He wanted to call Charlie with him, but he got too scared of that. What if he says no? It wouldn't be cool, no, it would really suck, so here he was. Alone. Watching as other first years were dancing. What he was supposed to do alone?

Malkin not having planned to miss a single event at Hogwarts, entered the Great Hall, marveling at the magnificent magical ceiling that had been covered with snowy clouds.To walk more easily she walked along the walls where the fewest people were.It was there that she noticed a Slytherin of her year who seemed alone, she decided to approach him "Hey stranger" she said as she sat down next to him."Want some muffins?"she asked empty-handed. 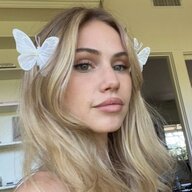 Anna came over and went back to her date.

Answer to his question came fastly, Parker smiled at girl and moved a bit to let her stand next to him. ''Hey, snakie" he let out as showing that he knows that she is his classmate. "Allergies to gluten," he put his hands up as saying that he wasn't able to eat muffins. "Want candy?" he took out of his pocket a pepper mint candy that he took from the snack table some moments ago.

Malkin laughed at the nickname , she was indeed a snake, in more than one sense . "Damn you life must be boring "she said while giving a smirk to the boy to show him she was just joking ."Always accept candies from stranger ,that my mom always say " Of course,her mom never said that ."I'm Malkin by the way Malkin Aster " she presented herself while taking the candy of the boy's hand and helding out her free hand.

Parker lightly nodded with playful grin. "It's totally not like there is a lot of alternatives," he shook head letting his not that short hair fall right into his face and laughed. "What a good advice, listen to your mom more often," he teased her on that and stretched his hand even a bit closer to Malkin. "Parker, Parker Reed." He smiled, but refused the handshake as motioning with his head that he had no free hands. While they introduced themselves to each other, Parker already took a drink and apple in one hand, and other hand was full of candies. "But I could use some help, they are falling past the pocket." He said while trying to put his candies into his pocket and it was really unlucky with having only one hand that was still full.

“I like you Reed,you have a good sense of humor,” Malkin laughed before realizing that he couldn't shake his hand since he had his hands taken. “Oh yes let me help you with that". She took the candies out of Parker's hand and picking another one as she put the rest in his pocket " I hope it's okay because i'm not gonna give it back" Another smirk formed on her face before she started talking again " So... you went to the ball in solo ?".

"Thank you, I'm adorable, I know." Parker teased her and laughed. He knew that he had to tell her that she is so cool too, but he didn't want to say that, if it was their first conversation. Yes, first impression was amazing, but it was only first one. "Thank you!" he smiled at her as she helped him with candies and chuckled as she told that she is not going to give it back. "Take it, I didn't buy them anyways," he pointed at the bowl with those candies and laughed. "Well, if you accept my late propose to be my date here, then I am not solo." He winked at her and tried to look serious. Malkin managed to make him feel comfortable.

Malkin unwrapped the candy before putting it in her mouth, the fresh taste of mint tickling her tongue "It's even better now i know it's free. Another things my mom told :always take the free stuff as much as you can " That one was true . Malkin laughed as much at her new friend's proposal as at his wink. "Listen if I can totally save you from your loneliness by becoming your last-minute unofficial date, i'm down for it " she replied, with a wink too.
Last edited: Apr 6, 2021