Working at Ollivander's had been a challenge, to say the least, but it had helped solidify Elliot's growing interest in wandlore, for which he was grateful. His first few years at Hogwarts, studying with no direction and watching as his classmates had all pursued their talents and interests had set Elliot on edge, filled with fear that he was missing some window to find something he wanted to do with his life. He wasn't completely sure what exactly he wanted to do when he graduated, but he hoped it was something to do with wands, and the relief of that knowledge helped carry him even on difficult or busy days at the shop.

It also encouraged him to catch up with Emmett, hovering awkwardly behind him as Ollivander's closed for the day. "Hey uh, Emmett? Could I ask you something? Really quick?" He said meekly, reaching to tap Emmett on the shoulder before thinking better of it. Elliot mostly got along fine with the other Ollivander's employees, especially Ainsley, but Emmett he gave a wide berth, still quietly terrified of his dour attitude. But from what he'd heard, Emmett's family was pretty deeply involved in wandmaking, and Elliot tried to swallow his skittishness in favor of maybe learning a few things. 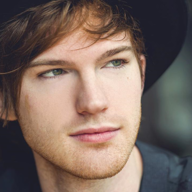 Emmett loved his work with wands, and he did enjoy Ollivanders - just, outside of the sorting season, typically. Every day of the holiday period, he looked forward to the end of his shift, the satisfying click of the door locking for the evening. Another day out of the way. The man folded his arms and turned to leave and take the short walk back to Bleak Street, with Phyll clung to the fabric of his sleeve, only to be stopped by one of the younger assistants. He turned back, catching sight of the recoiling hand. He looked at it for a hard moment, and then to the boy. "Really quick." He agreed.​

Elliot had to resist the urge to hide his hand behind his back under Emmett's gaze, resolutely holding it at his side instead. Thankfully Emmett didn't immediately brush him off, so Elliot gathered his wits and tried to focus on what he actually wanted to talk about and not how badly he'd rather just go home right now. "Your family they uh, also run a wand shop, right? I wanted to know a bit more about them, like the types of materials and stuff they use. If you know, I mean," He said, again resisting the urge to fidget. Elliot knew Emmett was a Lancaster, but if he was being honest he had no idea how close Emmett was to the ones who ran Lancaster Spellcarving. He was tempted to ask Emmett if he could introduce him, but the possibility that the other Lancasters were as intimidating as Emmett was a little daunting at the moment. Assuming Emmett would even say yes.

Emmett frowned at the question, and slacked his folded arms. "Why?" He asked, almost suspiciously. They both worked at Ollivanders, and while it was easy to assume some of the younger employees only sought jobs there for the higher pay rather than the content, it did seem as if the younger boy had a more vested interest in wands, rather than solely looking to have more galleons in his pocket. Or so he had to assume, from the interactions he'd seen him have with customers. With that in mind, he was curious as to whether Elliot was asking because of his genuine interest in wands, or if someone else had put him up to it, especially with how little they'd interacted before. Perhaps Natalie was worried about the competition.​