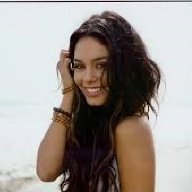 Samantha had never been this close to the Forbidden Forest before. Her brother had always told her to never go in there. Still, curiosity got the better of her and here she was. Standing outside the entrance, she wondered if it was actually a bad idea. What if she got lost and never found her way out? That would be problematic. She pulled the straps on her bag, rocking back and forward on her heels. Maybe she could take someone with her. She hadn't really made any close friends, so she quickly dismissed that idea. If she mentioned it to someone, they would probably tell her off. She had a look around to see if she saw someone her age, or even the year above. Surely she wasn't the only one who wanted to explore.

With classes and so many other things to explore around the school, Ryan had been slacking a lot on his mapping of the school grounds, something he was working in earnest to make up for now. He'd been carefully pacing out the perimeter of the forbidden forest all afternoon, scratching a tally mark on his notebook every 10 paces to help him keep track. Ryan considered himself pretty good at counting, but he had to be sure everything was exact if he wanted things to be to the proper scale.

His legs were getting a little tired from the measured strides though, and Ryan was just considering stopping for a quick break when he spotted one of his classmates idling by the forest entrance. "Are you going in there or just looking?" He asked her, tilting his head to try and match her eye-line into the forest. "I bet there's all sorts of things in there. Like centaurs. Do you think centaurs call their offspring 'foals' or 'kids'?" He said in a jumble of questions.

Sam jumped at the sound of a voice."Oh, I mean, yeah I was, but, uh, I'm just looking. Yeah, looking." She laughed, a little nervous. She liked the idea of exploring, but didn't fancy getting in trouble. What if her Dad found out? He'd probably pull her out of the school. She listened to him talk before she smiled slightly."I'm sure there are heaps of things in there. I'd love to see them. What are centaurs? And why would they call their offspring 'foals'?" She wished she knew more about the magical world. She found it difficult to concentrate in class, which made it difficult to learn and remember anything."What are you writing?" she asked, spotting the boy's notebook.

Ryan tilted his head at the girl when she said she was just looking, squinting as he tried to work out what specifically she might be looking at. "Do you like trees?" He guessed. He often liked to watch some of the new interests he got. When he got into boats and ships last year, his dad had left him to stare at the harbour for 3 hours before mum had yelled at them both. "You know.. like a centaur? Horse people? And you call baby horses foals," Ryan said, brow furrowed that someone would know what a centaur was. "They're supposed to be the forest, but I don't know how deep you'd have to go to find out," He said, joining the girl in staring into the forest.

Ryan glanced down at his notes when the girl asked what he was writing, almost having forgotten where he was in his step count. "I'm counting out how many paces long the edge of the forest is," He said, showing her the tallies. "I'm trying to map out the school grounds," He said, though his gaze was drawn again to the forest. A map of the school would be great and all, but a map of the forest, uncharted territory, that would be amazing.

Sam grinned."Trees are pretty cool. I prefer looking out of them though." She listened to him talk about centaurs. She remembered Daniel mentioning them, but that was it."Oh, are they in the forest? Maybe we could ask them what they call them." She mentioned this, hoping that the boy would agree. She listened as he spoke about mapping the school grounds."And you're doing that as well as studying? Oh wow, I take my hat off to you." She mimed taking a hat off and bowing."I could never do that. I struggle with the work as it is. How is it going?"

Ryan blinked a few times at the girl's comment, trying to track what she meant. "Looking out of them? Like climbing them? Do you spy on people in trees?" Ryan asked, puzzled. Trees would make a better vantage point if he ever needed to stake something out he thought pensively, staring up into the branches of a nearby tree. He was brought back to the conversation by the centaur talk though, eyes brightening at the mention of maybe talking to some. "I've heard there's a herd in the forest, I wonder if they're open to humans being so close to the school," He said, taking half a step into the forest already at the idea. "Most of them don't like humans though.. Maybe we could hide in a tree and see if any come past," He said, already talking himself into the plan. "Though I guess that would make it hard to ask questions,"

Ryan was excited that someone was showing interest in his map-making, Nicole usually said it was boring or annoying, but he was sure someone at the school would find a map of the grounds interesting. "I mean, it's been taking precedent over studying but a map'll be helpful forever, studying'll be helpful for like a week," Ryan shrugged. His mum probably wouldn't agree with that statement but his dad probably would. "I'm at pace.. 113," He said, looking down at his notebook and quickly counting up his tallies. "My shins hurt," He added.

Sam laughed."Yes to spy on people! Well, I mostly do it to get away from my Dad, but that works too." She thought for a moment, then heard him say that his shins hurt. Her eyes lit up."Well, I mean, you could take a break and come explore with me. If you wanted?" She crossed her fingers behind her back, hoping he'd say yes.

Ryan looked at the girl curiously when she admitted to spying on people, wondering why she might need to spy. But people watching was interesting, so he just accepted it with a shrug. "Is your dad not very good at finding you? My sister's not great at it either, she always gives up on hide and seek too quickly," He said, distracted by her next offer of going into the forest. Ryan knew they weren't supposed to go into the forest, but he always wasn't really supposed to keep putting tadpoles in the bathtub back home and he did that anyway. Because he really wanted to try and make his own frogspawn soap. And he really wanted to go into the forest now. Ryan spared one last glance at his notebook before tucking it in his pocket with a nod. "I doubt it'll help my legs, but maybe there are centaurs around we can talk to. Or good trees to climb," He said, ready to follow the girl's lead in.

Sam hoped her face wasn't too hard when she spoke about her Dad."He doesn't really try to find me." However, she got excited when the boy agreed to explore the forest with her."Yes! Let's go see if we can find them!" Before she entered the forest, she held out her hand to the boy."I'm Samantha, by the way. Or Sam, I prefer that."
Show hidden low quality content
You must log in or register to reply here.