Open Kozlovs And Then Some

Liddy is the last person one will see dressed up for some special occasion like the Yule Ball. It's not her scene... it's way too festive and cherry. Too happy for a time when some are sad at times and mourning over their departed love ones. Too many forget that about the holidays, and that's just sad. No matter how she felt about the holidays and wanting to mourn about the forgotten, Liddy put on a brave face and got dressed up anyways to see how Stefan was getting along since he started school. To possibly connect with her second cousins, the third year twins, cousin Dymetris' children. Liddy appeared by the great hall entrance, expressionless the odd lioness searched for her little brother and cousins in the crowded space. The sixth year made her way inside, moving in between her peers in the search of her blood relatives.
Theme & Action

It was his second yule ball and Linden had asked his cousin to go to the ball with him, as cousins of course. it owuld be ice to have someone to be there with and he sisnt want to be there alone. some of the guys from his year had asked girls and he didnt really know any other girls in his year other than Allison. as she hadnt really got anyone else to go with it was good for both of them to have someone . he had dressed in a suit and made his way to the hall. looked around wondering if Allison was still here or if he had arrived first. he looked around and realised that Alison was not inside, Deciding that the entrance hall would be a better spot to see her he made his way out of the door. however, he was going against the flow of students entering the hall and there was a crowd gathered near the entrance. as he wove between the people he accidentally knocked into one of the older students. "sorry" he said looking up at her, her dark hair and dark outfit what looked more sombre than fun did not give a good impression. Thinking out of all the people in the school why did he have to knock into her?

Alexei was super excited about the Yule Ball this year, or any event really that had the whole school gathering together. It's usually the time he would be around his twin sister, and maybe his second cousin Liddy if she decided to show her face. Which isn't that often that he sees Liddy, though, she sure likes giving out roses every year for Valentine's day. It's odd, the Gryffindor is a odd one. This year it'll be a little different, he hopes. Alexei was hoping to catch Stefan at the ball and hang out with the younger boy. He's the youngest Kozlov to join Hogwarts this year and Alexei wanted to make him feel welcome. And, he was also hoping to catch Linden. Alexei enjoyed the other boy's company and was a little sad they haven't done enough hanging out during their first semester. "Liddy? Linden!" Alexei arrived a few seconds after his clumsy, sweet friend bumped into his cousin. "Liddy, you're here!? Where's Stefan, is he with you?" Alexei smiles brightly, he turns over to Linden. "Hey! I see you've met my cousin."

Liddy blinked, and let out a quiet sigh. A very quiet sigh, her chest barely rose. The Gryffindor blinked again, and once more towards the Hufflepuff calling her name. "It's quite alright. No harm done," Liddy vocalized, then nodding to her cousin's acknowledgement. "Alexei, do you need to get your eyes checked? Do you see my brother around?" Liddy spoke, to some it may sounded mean. Everything came out flat, flat as her blank stare. "He bumped into me, so, I suppose we met."
Last edited: Jun 30, 2020
Theme & Action

Linden was half expecting the girl to be mean to him for bumping into her even if it had been an accident. at least either of them had been holding a food and drink. he relieved that she was being polite he feltl ike he should day something else but wasn't sure what. he was saved from this uncertainty by another voice calling his name. when he saw alexi he wasn't sure if he felt more or less uncormfortable. after his talk with lidia in the music room at the start of the semester he was starting to think bout his friend mroe and more he still wasn't sure if his cousin was right but he wasn't sure that she was wrong either. "Hey Alexi.happy yule" he said returning his friend's wide grin and trying not to be awkward. he was a little surprised that this girl was alexi's cousin which helped. "we have only just bumped into each other" he said. "or i bumped into her, good to meet you, i'm linden" he said turning the focus of his attention from Alexi to his cousin halfway through the sentence.

Stefan, entered the hall, checking what the fuss was about this Yule Ball. He saw couples getting chummy, food, and professors chaperoning the festivities. Smirking, he looked around until his eyes fell into Lidiya. He strode toward her who was already with Alexei and another student. "Looking for me?", he asked nonchalantly. "I'm here now." He was a boy of few words but felt more comfortable when around Liddy. 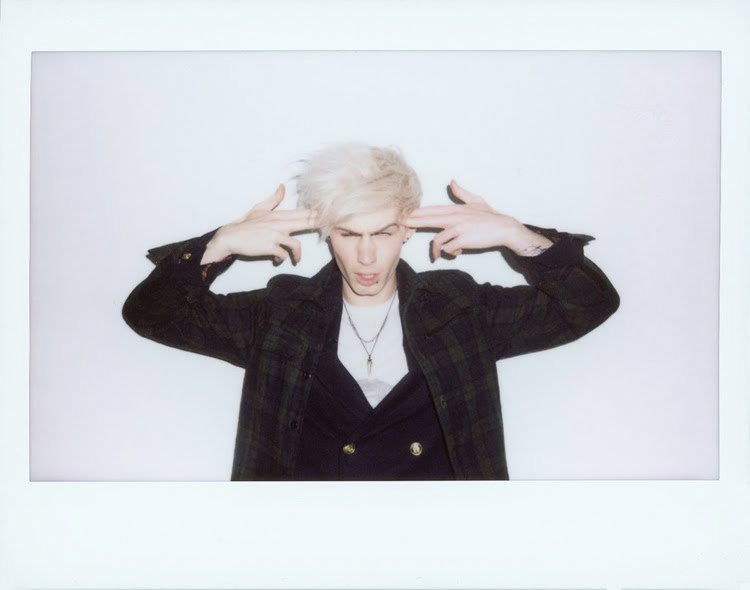 Alexei blushes and laughs, "No, my eyesight is 20/20, dad said so," he rebutted without absolute proof. "Now my lungs, they're not so great if I don't take my potion or, inhaler. Whichever one's in reach," Alexei flashes his biggest smile yet to Linden. He's really missed his friend, he wish they were in the same year. It would've been so cool to have Linden as a dormmate. "Happy Yule, Linden!" Alexei steps over to hug his friend in a somewhat, awkward hug. It turns to a squeeze, and a second later he was hugging Liddy and Stefan. "Stefan! You made it! Linden, this is my cousin Stefan. Stefan, this is Linden," Alexei happily introduce the boys to one another. "You decided to have fun with us cool kids, Stef?"

Liddy's deadpan resumes as usual, "Likewise, my cousin have said my name a million times already. I don't think I need to tell you that, but just in case I'm Lidiya. Future mortician," Liddy observe her cousin's...behavior around Linden, he certainly sweet around the younger Hufflepuff. Or this was the norm with Alexei, the boy had a chummy soul. "Stefan, you came. You did better than me in my first year."
Theme & Action

Lin smiled as the cousins bantered about eye sight. He did know that his friend had asthma. But it wasn’t something he usually talked about. The banter stopped when a younger boy appeared who seemed to be who they had been looking for in the first place.
Linden was surprised when Alexi hugged him but he hugged back returning the squeeze and maybe holding on for a moment longer than he should have. He missed hanging out with his friend in the common room, was it wrong that he slightly blamed Alison for that? Where was Alison anyway he hoped that he hadn’t missed her while he had been talking to Alexei Lydia and now Stefan. nice to meetyou both. I’m a future magizoologist, at least if I get the grades he said. Even if not he would find work somewhere with animals maybe a shelter ostrich something. do you have any plans for your holidays? he asked mainly along Alexei but willing to hear from the others too.

Stefan shrugged, returning the awkward hug from Alexei. Nodding briefly at Linden, he scowled at Lidiya. "I just came for the food and see what the fuss was." He let his eyes wander around, seeing if he could see @Emori Pourroulis somewhere. He listened to the others talk and decided to let Lidiya answer the question for the two of them.

"Future magizoologist? Seriously?" Alexei perks up more than usual with interest. What are the odds that he would have two friends who may end up becoming future magizoologist. Was that a sign of some sort? Will he not become a healer like his dad? Or, shopkeeper like his mum? So many questions, so little time. "I think you would like my friend, Lysander! He likes creatures of different kind just like you," Alexei nodded. Lysander is another one of his friends who he missed a lot too, not as much as Linden but pretty close. "The fuss is Christmas! And the food is good too, I may or may not stuff my face in cauldron cake later," Alexei mused, shrugging. "I think we might go see my grandparents in America, or I don't know. Are you doing anything interesting? If I don't go anywhere...we should hang out, Linden? If you're not doing anything!"

linden nodded when alexai asked if he was serious. "i like animals. there have always " he said.
"yeah, i know sander. he plays quidditch with willow. and was sitting with us last year when there was that news article" he said. "sounds like a good break. I'm not going anywhere. my aunts uncle and cousins are coming over." he said.
"we really should hang out more. I wish i was a year older so i could be in the same year as you, sander and Wendall."he then had an idea. "we should see if we can hang out with our dogs. I bet Bjorn and igor will get on" he said thinking about the dogs. "Did you want to get something to eat.i was waiting for my cousin but i am sure she won't mind if i get something for her too" he said. as the previous mention of cauldron cakes had made him realise he was starting to get hungry.