Open Back to the Familiar

Open after Jess posts with Addison

It was nice to be back at the Ravenclaw table. Even though Augustus still didn't always feel like he fit in at school, at least in his house he did feel like he wasn't completely out of place. Ravenclaw was home to a lot of different interesting people, and to many that seemed strange to others. Augustus felt like if he belonged anywhere, he definitely belonged here. The boy was eating breakfast before classes, reading a book he'd picked up from the book exchange late last year. He hadn't finished it yet over break, so was hoping to finish it now. He wondered if Ryan or Finn might join him, or maybe Addy. She sometimes sat at the Ravenclaw table with him during meals. But with his book for company, he also didn't necessarily need anyone to sit with him. And he was hardly the only one at the table reading during breakfast. 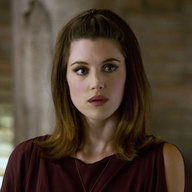 Addison had a new plan this year; she was absolutely going to get Augustus to notice she was a girl. She had been studying, so she knew that the dark pink sweater she was wearing complimented her skin tone, the she had been practicing her make-up all break with her mother, so her eyeliner and light pink eyeshadow were both subtle and striking, and she had put on a light lip gloss. Her make-up was well done, enough to accent her face but not enough to overpower her. She took a deep breath, straightening her sweater and fiddling with her hair a little bit before walking into the Great Hall.

Augustus was where he always was, reading something. She swallowed nervously, her heart thumping in her chest a bit. She walked over and sat next to him, poking his hand to get his attention but giving him a few moments to finish. She gathered some food while she waited, settling for some eggs and bacon. She was nervous, but she hoped it would work.

Augustus was pretty caught up in his book, so he didn't immediately notice when someone sat next to him. He first assumed it was just another Ravenclaw trying to find a seat at the increasingly crowded table. It wasn't until he had finished his page and looked up to take a sip of his pumpkin juice that he noticed it was Addison. But why hadn't she just said something? He suddenly realized that quietly walking up to people really was quite startling, and maybe he should do it a little less. "Oh, hello Addison." He said, giving her a smile. "Good morning. Oh, eggs. That's a good idea." He muttered, nodding to her food. He hadn't really focused on food yet, too busy with his book. He grabbed some eggs and bacon himself, glancing down at the book again.

Addison smiled as Augustus noticed her. "Hi, August," She tried to sound a bit more girly, even adding in a cute nickname like it had suggested in the magazines she had read. He didn't seem to notice, and seemed to dismiss her presence for the book he was reading. "How was your holiday?" She asked, tucking her hair behind her ear.

Augustus blinked in surprise at the way Addison said his name, and he frowned at her a little as he looked up from where he was placing eggs on his place. "Like, the month?" He asked her, wondering if she had made some sort of mistake. "It's Augustus, remember?" He said, glancing around a little nervously. His cousin's girlfriend was sometimes talking about creatures called wrackspurts, which were supposedly invisible and made someone's brain become unfocused and confused. Augustus wondered if they were around, as he couldn't imagine why else Addison had forgotten his name. "Uh, my break was fine." He said cautiously. "What about yours?"

Addy blushed, lowering her eyes. "Oh, no, I- Allie says its a nickname, I guess she's used it so much it just- sorry," She apologized softly, taking a bite of her food. She shrugged when he asked about her holiday. "Nothing much really happened, Stanis and Allie hung out in his room a lot," She took a sip of her drink. "Do you have any plans for this semester?" She asked.

Augustus blinked as Addison talked about a nickname. "Your sister calls me August?" He asked her, confused. "Why?" Augustus never really understood the point of nicknames himself, but he was fairly certain it was something friends had for each other. He didn't think he and Allison were friends, he had only spoken to her a handful of times. "Stanis?" He asked with a slight frown. "Did she go to his house?" He wasn't sure how else they could hang out in his room a lot, but then how would Addison know about it? It was a puzzle. Her next question puzzled him too. "Plans like what?"

Addison shrugged, feeling dejected. "Allison does what she wants," she mumbled softly. She shook her head at his question, not sure if anyone really knew or if Augustus was just one of the few who didn't. "Oh, Stanislaw lives with us," She told him. "I don't know why, I just know he lives with us." She shrugged. "I don't know," she poked at her food.

Augustus nodded at Addison's words. It did seem like her sister just did what she wanted. "Oh." He said when Addison said Stanislaw lived with them now. He was surprised she didn't know why, but didn't say anything. He frowned a little as she then said she didn't know what sort of plans she meant. She was being very confusing. "You're asking if I have plans but you don't know what sort of plans you mean?" He asked her, frowning.

Addison sighed. This was pointless. "It... it was nothing, never mind." She sighed, pushing her plate aside. "I'll leave you to it then," She murmured, feeling absolutely dejected. She turned, getting up. "I'll see you later," She tucked her hair behind her ear, turning to walk away. She was terrible at this.

Augustus was used to feeling confuse din social situations, but he usually didn't have that with Addison. He felt a little sad as he watched her, as it was clear to him he had disappointed her in some way. "Okay." He said softly, sad that his best friend wasn't staying to eat with him. "See you later..." He said quietly, going over the conversation in his mind to see where things had gone wrong.

Users Who Are Viewing This Thread (Users: 0, Guests: 2)