Open Why Not You? 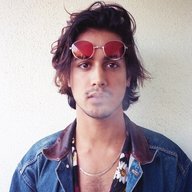 Jatin Tiwari was excited to be a second year. He was sure that this year was going to be better than the last year. Last yer had not been bad, but he was sure there could be some improvements. He main goal was to do well in History of Magic and his other classes. Jatin was focused on History of Magic because he knew nothing about this magical world, and he wanted to know its history so he could understand how the community became the way it was. He was sure Mervyn could help him with his classes! The boy walked into the Great Hall, as it was breakfast time. The tables were packed with students eating their first meal of the day. Jatin spotted the Gryffindor prefect and went over and sat next to him. "Mervyn! I have a question for you!" he said, as he grabbed and plate and looked around the table for something he could eat.

Approval ID - 88964​
Mervyn pushed his cereal around with his spoon. It looked about as appealing as a bowl full of maggots. He hadn't been home for the holidays, because he didn't have a home any more - not really, anyway. For the last six weeks he'd been sleeping in the cheapest hotels he could find, which, when you added it all up, weren't very cheap at all. He missed his grandpa. He missed the smell of his house. He never stopped missing those things, but the emptiness had been emphasised by the holidays. The most sickening part of all, however, was the balance of his Gringott's account. All the money his parents had put in it when he was born was gone. If he didn't find somewhere else to stay before next July - somewhere free - he'd be sleeping on the streets.

He looked up from his cereal and pushed away the bowl. "Yeah?" he said, without his usual enthusiasm. Jatin was good company, but he just couldn't bring himself to smile.
Last edited: Aug 16, 2019

Jatin never found himself annoying. He was a fairly normal person he felt, even if his energy level was unusually high all the time. Life was just so exciting. There was so much to explore and to find. The boy continued to look for something to eat, and he felt picky today, so he decided to just settle for some pumpkin juice, which he was still getting used to. "Why aren't you Head Boy? I like Kauri, but why isn't it you? I think you're cooler!" he said with a smile and looked at Mervyn, who didn't seem to happy to see him. It didn't seem like he was eating his cereal either. Too bad Jatin couldn't eat it because of the milk.

Mervyn wondered where Jatin got all his energy from. Then again, he'd been just as energetic when he'd been a second year. What he wouldn't have given to go back!

In spite of himself, a hint of a smile played on his lips. Jatin was a good distraction. It helped that he thought so highly of Mervyn, who was having trouble finding good things in himself lately. "Cos I ain't a seventh year," he said. "You gotta be a seventh year to be 'ead boy, like. And I 'ope I don't get it. S'too much responsibility. Yoo done wi'the juice?"

Jatin nodded at Mervyn's words, but he was still a bit sad. He handed the cup he had just poured to the sixth year, and Jatin got himself another cup and poured some more juice in it before putting it in the middle of the table for other people to access. "Well I want you to be Head Boy. I could get away with anything, if you were Head Boy, and you could instate school-wide tag games!" he said happily. The boy was still very hungry, but he was being picky. He picked up an apple and a butter knife. He offered it to Mervyn. "Can you cut this for me? The slices always come out wonky when I try to cut them." he pouted.

"Fanks," he said, taking a gulp of juice. A school-wide game of tag? Well, it wasn't a bad idea, but Mervyn and Leda already had other plans. "I'm too tired for that." He was too tired for everything, lately. Even Jatin was beginning to grate on his nerves, and he usually enjoyed his company. Sighing, he took the apple. "That's cos you ain't supposed to use a butter knife. You need a sharper one. Oi, I've got a trick, watch this," he said, clasping the apple in both hands. He'd never actually tried to break an apple in two before, but he'd seen someone else do it, and he was ever an optimist. Pushing down with his thumbs, he pulled as hard as he could - and accidentally let go. The apple went flying across the table and knocked over somebody's glass. "S**t!" It was such a small, stupid thing to be upset about, but on top of everything else it was just too much. He put his face in his hands, trying desperately not to cry. Not here. Not in front of everyone.

Onyx was in the middle of a chapter of Chronicles of Narnia when out of nowhere a soggy apple bounced through his orange juice and into his face. He jumped as the liquid followed quickly, pouring into his lap and absolutely drenching his pants. He held the book above his head and laughed loudly. "Oi, I was already awa-" He started, before realizing who was across from him. He laughed again and lowered his arms, putting the book aside on a dry patch of table. "Oi, bit late for an attempt to assassinate me, yeah?" He grinned, not able to pass up the chance to tease his sisters ex. He'd been upset when they'd broke up, sure, but he'd been madder at himself than the other Gryffindor. Onyx nudged Mervyns foot with his own as he sat back down. "Got the element of surprise, at least." He chuckled again.

Sierra wasn't always a huge fan of breakfast time, because breakfast time meant owls. Three years hadn't taught her to not run away every time they came in, yet. So she sat, shoveling down as much food as she could quickly, in case she had to run. However, as a glass went skidding past her, she let out a muffled squeal when some liquid managed to splash on her. She looked over at the source of the racket and saw it was right next to her. Someone was trying to assassinate the guy next to her?! "Wait, don't kill him!" Sierra exclaimed, though she wasn't sure how she was going to stop it.