The last couple of years have been hard on Asparuh Zhefarovich IV. As hard as he had trained for his upcoming position, the fact that he may not have everything he needed by the time he came to the throne, he could not fathom it. Asparuh lived as the next heir, beaten into his head that he would become this, and the thought of not becoming it was foreign. Asparuh sighed as he walked along the streets of Bleak Street, not finding anything he found particularly interesting. Asparuh had much money to spend, but nothing spoke out to him. He never worked a day in his life, unless training to rule his big family would count. Employment escaped him because his skills were not in the social fields. In fact, Asparuh never talked to anyone beyond his family. Incredibly sheltered, Asparuh had yet to truly live, which was why he came to New Zealand to experience a little bit, by encouragement of his father.

It would be a while before Asparuh would truly find what his purpose was, beyond what was planned for him since birth. His onyx eyes scanned the area, watching to see if any hags or whatever else lurked down here would leap out at him. Asparuh didnt jump at little scares like that, but one could say that he was definitely trigger happy. The young man could hear some footsteps, and turned his head over his shoulder to see where they were heading without making a sound himself. The quieter he was, the less likely he would drop a body in case someone tried to scare him or something of the sort. The last thing he wanted was to do that, but sometimes, he could not help himself when he was pushed into that situation. Hopefully, that situation would not arise.
​ 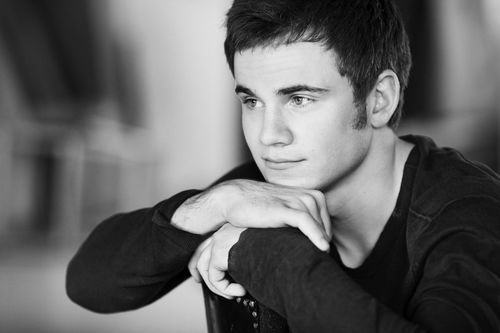 Studying magical creatures was like trying to catch smoke with your bare hands sometimes. Valentina wanted to write a book one day, but if she wanted to do that, she really ought to be adding something that hadn't already been written by someone else. When considering she had that damn Scamander family from Britain to contend with, Valentina knew it was only a matter of time until she would be out manoeuvred. Because of this she generally spent a lot of time in places most people didn't think would be a good place for research but honestly it was really interesting the kinds of things you could find when you weren't expecting to find them. Valentina was trying to specialise in New Zealand creatures, so rare the Ministry didn't yet have classifications for them. Of course this meant she first had to find them and prove they exist, but they were notoriously hard to find and many of the local Maori people were not forthcoming in their locations, were they to know them at all, not that Valentina could entirely blame them, who was to say she wasn't out to hurt them?

There were so many lovely creatures still in hiding that Val was simply determined to find. She wouldn't really hurt them, not much anyway, maybe a couple of tests to see what made them tick, but that was necessary, how else would she learn about their defensive capabilities and such if she wasn't threatening them? The only place she could honestly think of to go was a place called Bleak Street. She didn't know much about it, but the name of it made her shiver just in thought of it. Bleak. That didn't sound welcoming at all. Maybe it should have been called something like Sunny Hill, make it more comforting and people might actually visit. She was chasing an apparent sighting of a semi flightless bird. One no one seemed to be able to identify. If she could find it and catch it, well, that would be the start of her book and honestly, that would have been her whole dream reached right there.

She noted as she walked through the alley in her purple robes, that she perhaps stood out just a little bit and decided to keep her wand in hand, just in case. She eventually came upon the only person she'd seen in the alley the entire three minutes she'd been walking and smiled slightly at him, though he certainly didn't seem like he was terribly friendly. Still, never judge a book by its cover! "Hi, excuse me, apologies, have you seen a giant flightless bird 'round here. Looks a bit like an eagle?"
​
A

Asparuh turned the corner, while looking for a place that could make him feel something other than boredom. He took out his wand when he saw someone come toward him. It was a female, attractive, and friendly. She asked about a bird, which made Asparuh lower his wand somewhat. Was she hallucinating? He had never seen one of those before, even while he was studying at school. Asparuh shook his head as an answer, since he had never seen one of those around these parts. Any sort of creature such as a hag could have taken one of those if children were not nearby. Not exactly a suitable meal, either a child or a flightless bird, but Asparuh would not want to judge. The better question would be why she was in a place like this. Asparuh had nothing to fear since his training as the future Patriarch practically guaranteed his safety. She, on the other hand, appeared to be helpless and too friendly for her own good. It is dangerous through these parts. Searching for an animal or not, you should at least use caution before speaking to strangers, stated Asparuh coolly. He debated on not even speaking at all, but at least give her a warning.
​