The last thing Professor Kain wanted to do on his first week was take points from misbehaving students, but after catching a couple of second years fighting he couldn’t just let it go. He was wary of the Slytherin that had been injured after Nova had thrown a chair at her, but he wanted to help the Ravenclaw too and find out why she’d been so angry in the first place. While he didn’t condone violence, retaliating also wasn’t the best way to deal with her problems and the second years had enough trouble as it was with violence in their groups.

After directing the Ravenclaw to his office on the third floor, he opened the door and laid the pieces of the girls broken book on his desk. “Please, take a seat,” he offered, waving his hand around the room for her to choose a seat. He closed the door behind them and took a seat in his own chair and glanced towards the blonde. “I’m not here to argue with you, and I’m sure you know throwing chairs at students is not something you should be doing,” he began, looking over the book that lay in tatters on his table. He was wary of stepping on the toes of the Ravenclaw Head of House too, but depending on her reaction would depend if she needed to speak to Professor Joseph’s too. Right now however, he just wanted to help and perhaps ease the girls mind a little.
♡ THANK YOU CLAIRE ♡ 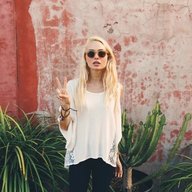 Nova sulked behind the Professor as they made their way to his office - it wasn't as if she could disobey a Professor outright, even though she really didn't want to go. Besides - he had her book. Luckily his office wasn't too far up, so although the walk seemed to drag out, she definitely wasn't out of breath by the time they reached there. Upon entering the office, she was quite glad that she was able to choose a seat, and didn't have to sit at a specific one. Picking one as far away as she could, Nova folded her arms as she sat down, shrugging her shoulders again when the Professor spoke. Sure, she shouldn't have thrown the chair, but she definitely would do it again if she had the chance - Molly Lamb deserved it.

Professor Kain wasn’t particularly surprised that Nova sat as far away as possible. No student enjoyed coming to a professors office to be spoken to, even if they were going to get something fixed in the meantime. He looked up to the Ravenclaw, “You know, you remind me of my niece,” he began, not wanting to name names since it wasn’t obvious there was a relation between him and the Slytherin, “She keeps things bottled up and to herself, until eventually, it all becomes a bit much,” his eyes at this point had dropped to the book, as he was laying out the pieces next to one another. “Why did you do it?” He pushed again. It was one thing to lie to a professor, but to hold on to lie when you’d already been caught had much harsher consequences. There wasn’t another explaination for the mark on the girls arm, and unless the Ravenclaw could give him a better alternative he had no choice to believe firmly that that was what had happened.
♡ THANK YOU CLAIRE ♡

Nova stayed silent when the Professor talked about his niece, keeping her eyes focused on her book, even though she could feel the Professor looking at her. She didn't think it sounded like her at all, she didn't think she kept things bottled up. Molly deserved what she got, it wasn't a release of anger for Nova. Professor Kain then asked why she did it, and Nova paused for a moment. She didn't think there was much point to lie about it anymore, she wouldn't have come up with anything good anyway. So, instead of telling him that she didn't do it, which is what her gut was telling her to do, she sighed, finally looking at the Professor. "She's a horrible person." Nova said with a small shrug.