Juniper held out her wand in front of her as she wandered the halls in the early morning. It was before breakfast, but she wasn't able to sleep and wanted to grab some coffee so she could spend some extra time on her school work. She also wanted some bacon and hoped the house elves were already preparing for the students' daily feasting. Getting all the way from the seventh floor to the kitchens without getting caught by a prefect or professor was a feat within itself, and the adventure was going to prove even more satisfactory one she had caffiene. She snuck in through the doors and found a pot of coffee brewing, quickly grabbing a mug and sneaking a few slices of bacon into a towel. She took her refreshments and found a corner that was out of the way of any creatures bustling around and opened her Divination textbook to review crystal balls.

It had been one of those early mornings where Issac had woken up fairly early in the morning and just couldn't get back to sleep. Twisting and turning in his bed, just hoping that he could just fall back to sleep, but couldn't. Issac had decided that he was going to the kitchens, to see if he could at least get a small snack or something, to hopefully get him back to sleep or something. A blanket wrapped around his body, and his hair all over the place, he made his way to the kitchens, always looking around quietly, hoping he wouldn't get caught by anyone so far. He had just slowly made his way through the door, doing a quiet "yesss" for not being caught until he looked up and had seen that someone was already here. "Oh, hey"
B I O G R A P H Y | A E S T H E T I C | R E A L A T I O N S H I P S | F A M I L Y T R E E | 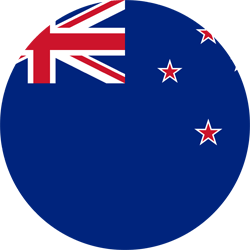 Juniper was taking a sip of her coffee when she heard the door open again and tightened herself into her seat a little more before she noticed it was another student. He was familiar, and she knew he was in his year which meant that he wasn't a prefect who could take away any points. Plus, what would a prefect be doing sneaking around the kitchens? She relaxed a little and tipped her mug to the boy in a silent hello. "Issac, right?" she asked reassuredly. "Getting a head start as well?" she asked slightly sluggish, as the caffiene hadn't quite hit her yet. She had reread the same page about fire about four times and took another bite of her final piece of bacon.

Issac froze a little, as he wasn't expecting someone else aside from the house elves to be here. He then smiled a little at the girl. She had seemed familiar but hadn't really seen that girl that much. "Yeah, that's me," Issac says with a small nod and a tiny yawn before he slowly made his way to the cupboards to see if there was anything interesting to snack or eat on. "You're Juniper, right?" Issac says as he looks deeper into the cupboard, and found something interesting, yet he didn't know what it was. He shrugged and took it anyway, without even looking at it. "Nah, couldn't get to sleep, to be honest. You? What are you studying?"
B I O G R A P H Y | A E S T H E T I C | R E A L A T I O N S H I P S | F A M I L Y T R E E |

Juniper watched as the fourth year found something to eat. He had a haircut that reminded her of boys who were too obsessed with quidditch or too obsessed with themselves to cut their own hair. She preferred to associate with those that grew out of that stage, but seeing as they were still teenagers, she felt like it was excusable, even if it wasn't her style. She pulled her robe a little tighter and nodded when Issac knew her name. Surprised someone else was suffering from insomnia, Juniper gestured to a seat nearby in case he wanted to sit. "I'm studying for Divination. There's so much to it, and it's not a precise form of magic, which can be frustrating at times." She earmarked the page she was on in her book and took another sip of her coffee. "I just want to be prepared for this year," Juniper said with a slight shrug and smiled at the boy. She realized she no longer had food in her posession and held her coffee mug with both hands. "So, can't sleep? Are you normally this restless, as well?"

Issac smiled as he got Juniper's name right and said a small thank you, as he took a seat nearby that she gestured to. "Divination seems interesting. Is it the subject that you use Tarot cards or something? Well, that's what I remember my sister saying." Issac says with a shrug. He remembered how his sister had always talked about the class during break and how much she enjoyed it. The subject had seemed to be her favourite one so far. Issac took a bite from this unusual snack and once he took a bite his face had turned into disgust and pushes the mysterious snack away from him. "I don't know what that is, but that's disgusting," Issac says with a shake of his head, him swallowing the mysterious snack so it wasn't wasted or anything. He wasn't going to waste any precious food, even if it wasn't something he liked. Issac looked up to the girl when she had asked about his sleep. He rubbed his eyes again for a little bit, before speaking again. "Sometimes, but tonights just worse than others"
B I O G R A P H Y | A E S T H E T I C | R E A L A T I O N S H I P S | F A M I L Y T R E E |

Juniper nodded at Issac when he asked about Divination. "Yeah, you can definitely use cards, but we focused on things like tasseography and crystal balls last year. What electives are you taking?" she asked curiously. There were only a limited number of options that the students had, but Juniper liked learning about the combination that each student took. She had additionally taken Care of Magical Creatures on a whim, and it was nice to be around creatures most classes rather than stuck at a desk. That was another big reason she thought she enjoyed Divination. Raising her eyebrows when Issac unsuspectingly took a bite of something unpleasant, she nodded towards the trays the elves were slowly filling for breakfast. "You might want to try something over there that you can identify then." She did feel bad when Issac mentioned his past sleep habits. She was constantly too excited to sleep and had struggled ever since she was a child. "I know what you mean. Maybe it's a full moon or something," she joked, not really knowing how the stars currently aligned. However, many students at their school swore by the powers of the sky.

Issac thought for a moment. "I'm not totally sure just yet. But I think one of them for sure will be charms, I reckon" Issac says with a shrug and smile. There was a range of different electives that Hogwarts had to offer. He knew he wanted to take charms again this year, but wasn't sure what else he wanted to take. Issac nodded when Juniper told him that he could possibly try one of the food options that the house elves were preparing. He got up and took a look and decided to get some fruits. He made his way back to his chair and started taking a bite of an apple. "Probably," Issac says with a shrug and a light chuckle. There were nights where Issac had struggled to get to sleep, and there were other nights where he wasn't struggling as much. "What electives are you thinking of taking this year," Issac said after a few moments, returning the question.
B I O G R A P H Y | A E S T H E T I C | R E A L A T I O N S H I P S | F A M I L Y T R E E |

Thank you Daphne!! Thanks, Kaitlyn and Claire for the buttons!​
Show hidden low quality content
You must log in or register to reply here.