Maria walked down Bleak Street. She had to pick up a few things, since she had moved she had to leave a few things behind that couldn't be transported. As much as she had hated leaving them behind she had to, she was looking for her daughter. And she had found replacements fairly easily, she hadn't been to New Zealand in a long time and she had forgotten just how many places there were to obtain what she needed. Looking around her she remembered why she hadn't liked shopping in New Zealand. There was hardly anyone up to her standards, all around her were old hags and strangely deformed men. Turning her nose up in disgust she kept on her way. She missed being surrounded by people with power, in France and Italy she always had been, but here the people were hardly worth her presence. She was a highly renowned person in more than a few European country's.

Maria had always loved to watch fear grow in peoples eyes when she said she was a Blackwood. Her family had always been known as a bad group but, she had lived up to the name and made a name for herself. Being here in New Zealand she would have to start all over, no one would no of her or her family unless they had family or had previously lived in Europe. Sighing she thought all she would have to do to build reputation. Maria had always hated talking to people and pretending to like them, she hardly even found someone she actually enjoyed spending time with. Occasionally she found someone worth her time, but she knew she couldn't afford to be picky when she needed to move through the ranks. She would probably have to deal with more than a few spoiled daughters and prissy wives before she got to the people she was used to being around.

Stopping for a moment she looked around again, she would have to start somewhere and she knew there was no better place to find her kind of people than Bleak Street. She spotted a few people that she could talk too but felt as if she could find someone better. She knew there had to be someone of interest, someone with her kind of reputation. And that was when she spotted him... 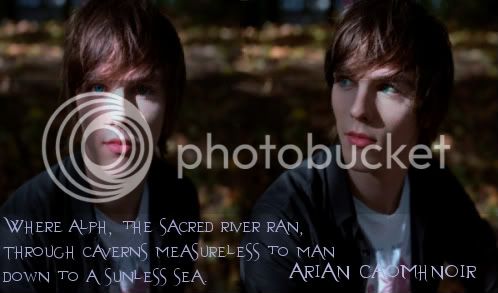 Corvis stepped out from an darkened alcove, His piercing blue eyes seems to form first from the shadows with the rest of his hollowed face and body following, garmed in robes with elegantly placed glittering black jewels. His attire did not suit his surroundings at all but weren't by any means flamboyant. For a moment he simply stood there, an intimating statue or ghost without movement. In that moment even the homeless hags against the grubby walls fell quiet and seemed to slink away, leaving the place even more deserted then usual. Not a sound but the faintest breath of wind passed through the street. It was a silence that stole your breath without even realising it was gone.

And then it was, just as silent as a watchful owl that his head turned, endlessly cruel and powerful eyes locking onto her. And on the tiniest breath of cool wind that brushed passed them the name was carried clear as a bell to her ears. "Maria Blackwood". The blackwood family had been a family of note within Europe. Finally someone that he could at least look at without distaste. But what is she doing here? The thought twisted in his mind before another evolved.. Even more interesting. The Blackwood family was known to have done some very nasty things in the war and those darker times, even in the name of the Caomhnoir line. So could Maria be of use to Corvis? She certainly didn't look as washed up as many of the followers of lord voldemort ended up after the wars. Not many had been as lucky as Corvis, not many were as clever or cunning but she certainly had the look of someone in some form of respectable position.

Perhaps this world offers me a gift to serve a greater purpose?, the thought was as a whisper in his mind. He had men in the old days, groups of soldiers to follow him, men and women to expand his wealth and power to follow his orders for the better of wizarding kind. He only had his faithful butler and a few still faithful men left. But Corvis still remained, he would not be silenced. Perhaps this woman would be a step towards something greater? Or would she turn out to be nothing of worth? Only time would tell. 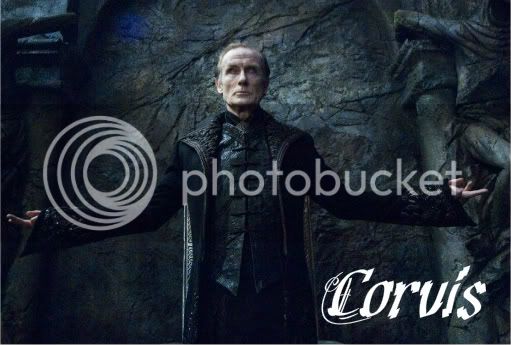