Hoshi made her was down Bleak Street. There was a broker here that had not payed his dues to her. Hoshi was not as big as some of the rings that where out there but her family name still commanded respect. Some punk down on this end thought he could sell something that Sunako had made for Hoshi's ring and Hoshi's ring only and thought he could get away with not paying her dues for it. Hoshi was not having that. Usually she would have sen a runner come down and take care of the matter but this was such a grave insult to the young Koshiba daughter that she had to come down personally and take care of the matter herself. Hoshi herself was being sustained by three different potions at the moment all meant to counter each other so she didn't crash through out the day. She had an excuse though, Hoshi was sick, she had been for a long time, just not the kind of sick that she thought she was.

Not that it bothered Hoshi all that much and it didn't bother the family, not when she was doing her job so perfectly. She was bringing in money for the family with her potions ring and she was being nice and charming to all who she came across who where from the families. Hoshi was the picture of perfection that her parents expected from a young Koshiba daughter. The only thing that she was missing was a husband. Kimihiro was being retarded with the wedding to her. It seemed like he knew that once he tied the knot with her he was tying the end of his own noose. Hoshi hoped that he would get over that ridiculous fear soon because she needed a son and the Iccihara empire in her posetion.

She reached the shop where the black ally deals where being done of her products. A second later there where green lights everywhere and Hoshi came out ten minutes later putting her wand in a gap in her parasol. She opened it to block out the inky sun that was the filtering through the gaps in the clouds. There was no expression on Hoshi's face to indicate that she felt anything over what she had done. On the contrary, it seemed a little like Hoshi had fun. How the prankster queen had changed over time. The woman in black here had very little joy in her life. One of them she left in the shop behind her that would be bought up and given to someone who was loyal to the Family. 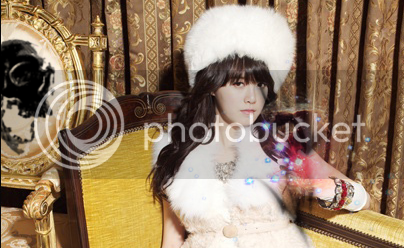 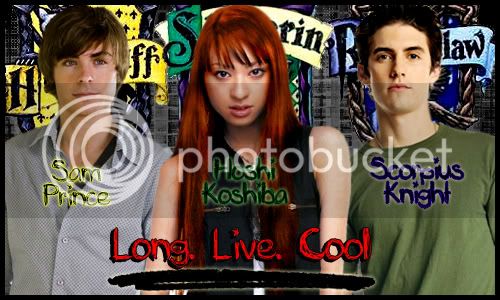 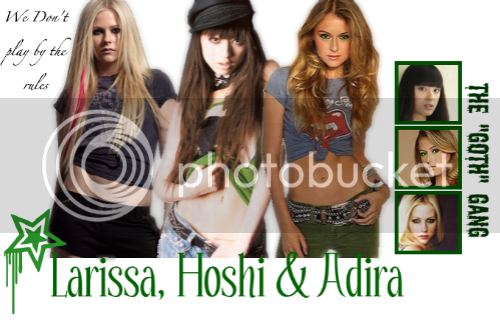 Samuel cast a glance left, then right, before turning down the winding road towards the alley with the more malodorous stenches. In between the rank scents, his sensitive nose could pick out gaseous emissions that could only have come from one thing: cauldrons. Never before had his search for potions ingredients taken him so far out of Obsidian, and the last thing he wanted to do was attract attention to his obviously out-of-place visage. No one ever walked into Bleak Street 6.5", blonde-haired, blue-eyed and smelling like roses. He came with the first three and would leave smelling like much worse. There was no avoiding it. In the "Dark Part" of the alley (a strange but popular colloquial term), the dregs of society came in droves and didn't often leave for fear of sunlight, or a bath.

Sam was careful to make no noise on the cobblestones: an impressive feat for one so large as he was. The smell of potions was getting worse and therefore better, so he must have been heading in the right direction ... before the green light. There was something curious about the flashes of green. Sam had never seen nor heard the Killing Curse cast, and had only heard about it in Defense Against the Dark Arts, so the chill of death that fell over him whilst viewing the effects from afar was curiously damning. Somehow, Sam felt as if a piece of his innocence had been blown away with the fog. Unable to stop himself, he crept forward towards the source, by happenstance at the opposite end of the alley where Hoshi had performed the dark deed in the store. He came forward in time to see a whisp of black silk rustle over the cobbles before she was gone, and with it the last vestiges of life in the Dark Part. There wasn't a sound. "Hey ... " protested Sam pitifully. His voice hadn't even carried to the eaves above his head. Clutching his more illicit ingredients to his chest, the giant teen pattered forward and peeked into the shop entrance. He lost his voice at the sight of the dead man. Something in him must have held onto his nerve, for he whirled around and didn't look back, scattering jars of doxy claws and nymph wings onto the dirty floor. "Hey!" he yelled louder, drawing his wand and tearing down the alley after the rustle of silk. He came upon its source much too quickly, and found himself face to face to a cold, attractive-looking woman. He didn't put two and two together. "Have you-" huffed Sam, waving his wand in a random pattern "-have you seen ... someone ... anyone come out of that shop over there?". His cheeks pink with adrenalin, nothing in Samuel's face gave clue to the idea that Hoshi might have been the perpetrator of the crime he'd stumbled upon.​
<i></i>
H

Hoshi had heard him before she had seen him coming after her. A looks end perhaps? Hoshi turned when the voice said asked if she had seen anyone come out of the shop. She scanned the boy, why he was no older than she was and looked to be absolutely terrified of what had just happened. The people in the shop had gotten off easy, their death had been quick. If Hoshi had really been in the mood for it she would have captured on and taken him into Sunako's play room and let her have fun with them while she watched. The boy in front of her was no threat though he was very tall, towering over Hoshi's five foot two frame. She would have normally flirted with such a man, seeing no reason why she needed to preserve herself now that she had the engagement ready and set, but this was a delicate matter that had to be treated carefully or risk her exposure. "No I did not. Pity really I needed a refill on certain items. I saw the green light and turned way." She said smoothly.

Hoshi brought her hand up to him for him to shake and maybe ease some of his nervousness around her. It was better if the young man to think that she just happened to be here instead of a helpless victim. She hated that role anyway. "My name is Hoshi Koshiba of the Four Families of Japan. What brings you here. You don't seem like one that frequents the shadows often." She said a little kinder this time. She may have lost some of her sociability when after locking herself way for so long but something like that couldn't be helped. She never liked for people to see her when she was at the height of addiction.

Samuel scraped his hair back from his face with a hand and stared at the young woman disbelievingly. If she saw the green light, she would have recognised its source far more readily that he, Sam thought. A man may have been dead back there and she didn't even bat an eye. What kind of place was this? However, the young witch was more calm than he was and he ought to follow her example. Maybe such silent chaos was common in this area. A chill went down Samuel's spine, having finally recognised what kind of place he'd come to. He ought to look for her for guidance on the situation.

She offered a hand and he took it, shaking it gently as if he would break her, even if he was the more fragile one (at least mentally). "Hi ... yes, um, nice to meet you." Sam's eyes flicked down towards the abandoned alley, his mind still on the disturbing image. "I'm Samuel Sykes. Look, you don't suppose we should go back there and see if the man's alright?." He paused. "Oh, sorry, didn't I say? I saw the flash of green light and I went into the shop it was coming from to see what had happened. A guy collapsed back there. He might just be unconscious but he ... he looks dead." Sam let go of Hoshi's hand and crossed his arms tighter over his chest where the packages and jars were tucked securely into his jacket. A pickled basilisk egg, quite dead but very useful for potions (and very illegal) began to leak, and he shuffled it to another pocket, exposing it for half a second. Sam bit his lip and looked back at Hoshi. "Er, I guess you're right. I've only been here once or twice for ... for a few things, but this is the first time I've ever seen anything like that, and ... oh crap!" he started, remembering his dropped ingredients. "Sorry, I left some things back there." Sam frowned. "Now I really have to go back ..."​
H

Hoshi was used to death, it was her lifestyle now. There was probably more blood on her hands the most people could imagine and not all from her own deeds. The Koshiba name it self inspired fear for one's own life. They where not well known here in New Zealand though and that was a good thing. Hoshi smiled at him gently then nodded. "Maybe I can find something that I need too." She said when she heard that he had to go back. Hoshi had no problems going back to the shop and seeing what she had done. In fact it would give her time call the clean up team to make it look as if nothing ever happened. She would take care of Mr.Sykes at a later date when there wheren't so many things for her to do. Hoshi took and handfull of her dress to bring it up off the ground and started to walk back to the shop.

She had seen what he had in his pocket many times before. There was no such thing as a class anything untradeible good for the Koshiba. She had seen it in the labs of Sunako where she mixed and concocted her most toxic of chemicals that usually left the mind wondering where it was for a few moments. Hoshi lived to see those kind of things come to life and then sell them at top dollar. Her deals where sound but every so often there where times like this. "I would get a bag for those sweetie it makes it seem less your the cat trying to eat the canary." She said gently, every bit as princess like as she was meant to be. That and she needed to keep Samuel as calm as possible should he decide to find his decent side and tell someone about what happened in the shop.