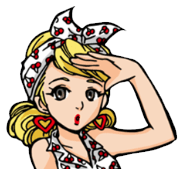 Appearance​
Faceclaim: Misaki Aono
Eyes: Brown.
Hair: Dyed blonde with black roots, usually tied up with patterned scarves or bows.
Build: Average height
Style: Vivi likes anything girly, circle skirts, leather jackets, and is especially fond of rockabilly style. She only wears muggle clothing when away from home, and is expected to wear traditional robes around her family.
Distinguishing features: Vivi is rarely seen without her hair done, and at least a little makeup. She is highly self-conscious of her appearance and goes to great lengths to appear "perfect". She has yaeba teeth and plans to make them even more pointy when she's older.
Health: Vivienne has no known health issues.

Personality
Vivienne is very focused on her image and cares deeply about how she projects herself to the world. She wants to be perfect in every way possible, and tends to set herself up for failure when she expects too much from herself. She has a very idealistic view on the world and believes that her life will turn out fine if she behaves how she is supposed to, but Vivi has a rebellious streak that is slowly shattering that idea. Vivi was always taught that nobody does anything for free and has no issue with manipulating others for her own benefit.

Her favourite thing to do is whatever everyone else is doing. Vivienne loves being around people and being seen, though she is quite shy when she's not in control of the group. She takes pictures of everything and everyone because she is extremely sentimental and wants to keep the memories forever. She is likely to also use the pictures for blackmail if she feels like it.

History​
Vivienne was born in Wales, but spent most of her early childhood being tutored by her family in Japan. Though her mother was muggleborn, she was put under a lot of pressure by her family to be a dutiful pureblood daughter, which only grew worse as she began to compete with her two older brothers. At age eleven, she began attending Hogwarts and was sorted into Slytherin house. After observing that her younger brother, Theodore, had been sorted into Ravenclaw at Hogwarts New Zealand, Vivienne realised she had an advantage in the family hierarchy and decided to transfer to Beauxbatons at the end of her second year to escape the constant comparison to her Slytherin brothers. 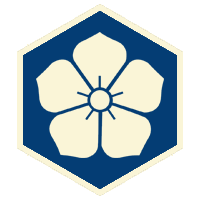 The Hoshino Family own and manage a cherry tree farm in Japan. The wood from the Prunus avium that they grow is used to make wands. Teddy spends every holiday visiting the big family home in Aichi Prefecture, along with the rest of his extended family. Teddy's mother, Karen, currently manages the farm, despite being a Hoshino by former marriage. The Hoshino family has fallen from favour in some circles, due to their historical association with the Dark Arts.

"Cherry is very rare wand wood that makes for a wand of strange power, most highly prized by the wizarding students of the school of Mahoutokoro in Japan, where cherry wand owners enjoy special prestige."