Open To Swim With Eels

Aonghas was coming back to Hogwarts with an odd feeling in his heart, he felt truly excited about the prospect of being able to have this be his final semester, his final few months before the rest of his life would begin. While he felt a little nervous about it, he was also feeling pretty eager. He would just have one semester left to go before he could never have to worry about exams ever again. he would never have to face professors or students, he could just live his life the way he had decided to. No one would question his choices when there was no taking them back. He had come out to the lakefront, the sun was shining and the scottish boy who'd spent winter at home in the dreich scottish weather, was rather keen to feel the sun. Aonghas had come out to the lake and while his original intention had been to maybe lightly paddle his feet in the water, but he was thinking even the water was warm enough to swim in. he was sitting at the water's edge, his feet submerged, considering just wholey going into the water. Would be a good way to start his last semester. 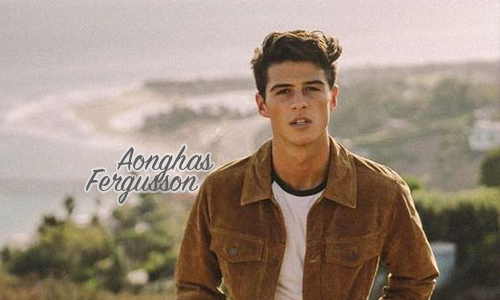