So I was thinking

Daisie entered the office a few places ahead of Taykua. Just before they had left the diner Daisie had taken a couple shots of firewhiskey and she was feeling a little bit brave. Sitting down in the chair that was behind his desk Daisie spun around in the chair a few times. "So what is it that you needed help with?" Daisie said in a soft tone. A small sexy smile was on her face. Looking around the office Daisie could not believe how very neat and tidy it was. It was nothing like hers, stuffed full of comfy chairs and tons of books on Astronomy. "This is a very nice office you have no where close to mine." Daisie said with a cheeky grin. 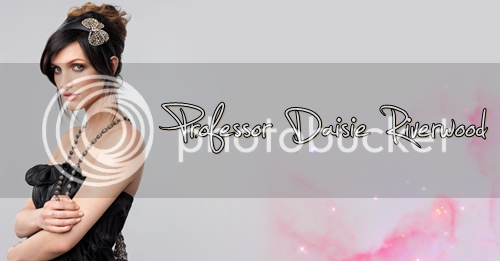 Takuya followed Daisie back to his office, and felt a lot more serious when he got back to it. He was himself here, and he was strict to everyone who was inside. Mind you, he had never had a Professor in there before, only students. He felt he could be a little more lenient towards Daisie because she was a friend, and she was also acting really flirty. It kind of turned him on. Did he really just think that? Right now he just couldn't take his eyes off of Daisie. "That's my chair, and the only way you're going to be sitting on it is if you are on my lap." Takuya said, a faint touch of a smile on his face. He was hoping she would get the hint as he winked at her. But if she didn't he could always just go back to be deadly serious, like he usually was. That kind of thing came simple to him, and since he was a male dirty talk always came naturally to him.
D

Daisie spun around in the chair a few more times laughing as she went. The drink in her had made her bold and when it cam down to it the simple fact was Daisie loved spinning around in spiny chairs. Looking up as Taykua talked Daisie grinned. "Alright well fine than get over here." Daisie said as she got to her feet and playfully pushed Taykua into his chair and gracefully went into his lap. Trying to get them to spin around in a circle Daisie pushed as hard as she could but only managed to get them in an almost half circle. "Alright well it looks like your going to be in charging of spinning us." Daisie said as she threw her arms around Taykua and looked at him.