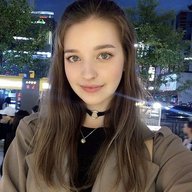 Basic Appearance:
- Long dark brown and wavy hair
- Slightly short for her age and always will be
- She has very light blue, almost silver eyes
- She has a very small scar above her eyebrow where she got hit by a bludger

Dislikes:
Ignorance, being yelled at, inferi, the ocean, and herbology

Special Abilities:
She intends to learn as many as she can

Interests or Hobbies:
- Quidditch is her main hobby; she's a beater.
- She loves experimenting with spells and potions
- Very interested in wizarding history and in particular, successful witches

Additional Skills:
Selene is a talented ballet dancer and violin player as these were lessons required of her when she was a child. She can also speak Spanish, as her Father is Spanish.
Selene is a very talented quidditch player and can fly very well. It is her passion

Weaknesses:
- Concerned with appearances
- Has many anxieties about her future
- Doesn't sleep well
- Takes on too much

Favourite place to be:
On the quidditch pitch! It makes her feel free from her responsibilities

Hogwarts Hopes and Ambitions:
She wants to be known among all students for being an intelligent and strong witch. Hopes to be powerful among her peers. She also wants to join her houses quidditch team and play the position of beater.

Your Patronus:
When Selene produces her first patronus, it will be a snake in reference to the long line of Slytherins in her family and her love of the animal

Your Boggart:
Her boggart will be a gravestone with the name: Unknown. She has a great fear of being a nobody and has a lot of desire to achieve something noteworthy and important with which she will be remembered.

General Personality:
Very confident in her abilities. Makes friends easily and attracts those who're attracted to power or confident people. A quick study, she is always eager to learn. Extroverted, although she loves to have time to herself where she can read or go out and fly.
Show hidden low quality content
You must log in or register to reply here.