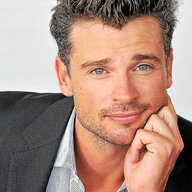 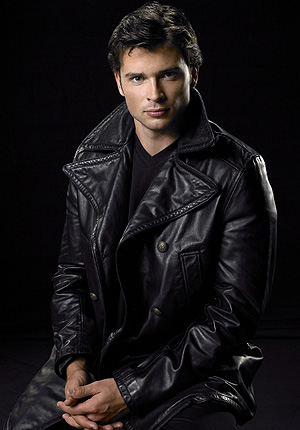 Hair (color, length etc.): Dark Brown. Ioan keeps it short.
Eyes (color, interesting feature/shape about them etc.): Dark Blue with flecks of green in them
Height: 6'3
Build: Ioan is muscular and has a very athletic build
Tattoos: 3 - tattoo of a phoenix on his left shoulder and tattoos of his children's first names under the phoenix
Style: Casual, Scitorari Business​
Graduated: 2016 from Durmstrang
Favorite Class: Dark Arts & Potions
Least Favorite Class:Charms​

Until he attended Durmstrang, Ioan lived a relatively normal magical life with his family. His father was a professor at Durmstrang, so he was away much of the time, leaving Ioan and his sister to be raised by their mother. His mother tried to raise him with compassion for both magical people and muggles because she had family who were both. Ioan's father, on the other hand, valued only the purest of blood and refused to allow his children to associate with any muggles or muggle born people.

At the age of 11, Ioan received the letter he had been waiting his entire life for--his acceptance to Durmstrang. He had dreamed of attending there his whole life because of the stories his dad had told him about the greatness of the school. When Ioan went to school, he realized the emphasis that was placed on blood status. In an effort to fit in and with his father's suggestions, Ioan downplayed the fact that his mother had been muggleborn. He was quite popular in school, and like many of his friends, looked down on those who were not purebloods, though he wasn't one himself- a secret he kept very tightly guarded.

Once his sister, Irene, entered the school, he tried to be nicer to students, but when his friends began to question his blood status, he quickly reverted back to his old ways of basically being a jerk to anyone who was not a pureblood. Throughout his schooling, Ioan perfected his image of being a nice guy with certain people but being a complete jerk to those who he and his group deemed "unworthy." This included his sister, and although he loved her very much, he could not allow her to bring him down. It was during this time that Ioan was introduced to the Dark Arts, and he eagerly entered a world committed to gaining and maintaining power. The group that he hung around would later become members of various groups of the Scitorari.

About a year after Ioan graduated, his mother passed away and with that, all of his ties to muggles did also. Ioan resented his father's hypocritical nature, and after his mother's death, Ioan left the family and struck out on his own. He couldn't understand why his father would bother with a muggleborn if he looked down on them so much. His sister sent owls his way for a while, but he avoided them, choosing to stick with the friends he had made while at Durmstrang and becoming further entrenched in the dark world. Ioan attended several Scitorari meetings with some of his old school friends, quickly becoming pulled into the ideas that the group shared.

He traveled the world, taking odd jobs, both legitimate and illegitimate, with the friends he had made in Durmstrang. Eventually, he made his way to New Zealand. Becoming accepted as a Scitorari member in Romania was a natural next step for Ioan, who already was actively practicing Dark Arts. In time, Ioan met a fellow dark magic supporter named Adrianne. The two entered into a complicated relationship after finding out that she was pregnant with their son, Lorin. Eventually, Ioan decided to reach out to his sister after seeing an ad for her dinette in a copy of the Daily Prophet. Their conversation went well, but Ioan did not reveal his involvement with the Scitorari, not knowing whether she had strayed from their upbringing. Eventually, Ioan proposed to Adrianne who would have another child, Alana, and the two continued to live on Bleak Street where they currently own a home and raise their children with the values they feel are important.

In the years since becoming a Scitorari member, Ioan continued to develop his Potions skills, working to create potions that would do damage to humans and property alike. He worked with other dark magic practitioners, even managing to develop close connections with several prominent New Zealand families. It wasn't until the Romanian branch was nearly disbanded after several key members were caught and imprisoned that Ioan began to consider speaking with several others about starting a similar group in New Zealand. Although he had been a member of the general group in Romania, Ioan often felt at odds about his feelings regarding muggleborns since his mother had been one. It wasn't something he spoke about out loud, but an inner conflict that he struggled with immensely. Turning to his true passion, Ioan knew that looking at Potion making was the true way to gain power in the magical world. 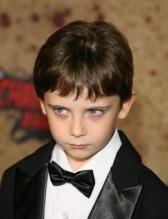 About his parents:
Lucian is a cold man, though he had a soft spot for his wife, Lisa, and his daughter, Irene. He did not treat his son in a warm way and the two never really did any father-son activities together. Although Lucian wasn't a death eater himself, he did agree with many of their ideas. His children were not allowed to interact with muggles. After his wife's death, Lucian retired and became a recluse.

Lisa was as warm as Lucian was cold. The pair met in Durmstrang as students when Lisa was in her 3rd year and Lucian was in his 6th. It was to Lucian's great suprise to discover that Lisa was in fact a muggleborn. He quickly became infatuated with her despite this, and after Lisa graduated, the pair married. Although close to her family when she was a child, Lucian managed to draw her away from her family after they married. It was his opinion that her muggle side was holding her back from reaching her potential. Within a year of her marriage to Lucian, Lisa lost contact with her family, turning her back on them to create a life with the man she loved. Two years later, Ioan was born and a few years after that, Irene was born. Ioan was much closer to his mother than his father and would often help her in the Potions shop that she owned in Romania.

Relationship with Irene:
Ioan and Irene were pretty close in age, so they were very close to each other during their first years of life. After heading to Durmstrang though, their relationship changed. Ioan quickly discovered that his looks brought him attention, which he craved. He quickly became popular with the in-crowd, a group of purebloods who looked down on those who weren't. When his sister began attending the school, Ioan tried to draw her into his world, but their goals were completely different. She liked school; he liked partying. Through their years in Durmstrang, their relationship changed though he would still jump to her defense if necessary.

After their mother died, Ioan fled to England, leaving his sister behind. He ignored her owls because he didn't want to remain close to anyone in his family. The brother and sister are now reunited but still don't spend much time with each other.