OOC: Set During the Slytherin and Hufflepuff Quidditch Match

Luxen looked around the sixth floor corridor, it was the perfect place to practice his Homenum Revelio since it was likely to be passed by as the students were making their way towards the Quidditch Pitch. Unlike other floors it didn't contain the risk of student or teacher needing to walk down it since there were no classes taking place. Vex the Poltergeist also seemed to hang around the lower levels of the school more which means he was likely to cause any trouble for Luxen and @Alexis King either. As he waited for King, Luxen began checking to see if any of the classrooms were locked and found only two "Alohomora " Luxen said on one of the locked doors. Checking his work he found that he had failed to make the spell work properly though he wasn't too surprised as it hadn't been one he'd practice much of despite reading about it.

"Alohomora" Luxen said again on the other door but if failed just as the first attempt had. He would need to practice it more and continued to do so as he waited for King to show up. His raven had been sent to her during breakfast since Luxen felt it would have been suspicious for him to reach out to her directly. It had a short message in it's beak that Luxen had written down 'When they head to the Quidditch Pitch, 6th Floor'. He felt it was simple enough that even a troll would have figured out where to meet up, though he did worry if the girl had enough sense to destroy the note after reading it. They weren't going to particularly break any rules today, however he needed to get her familiarized with how this would work in the future and didn't want anyone following her. "Alohomora" Luxen tried again, finding himself annoyed that he still wasn't able to make the spell work properly for him.
Luxen Silverback II 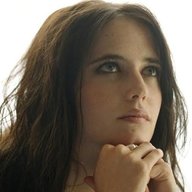 "perhaps you should be practicing that today instead of hom... home... homenum revelio." Alexis said finding it hard to pronounce the first word and she scrunched up her nose. She had seen Luxen struggling with the spell but decided not to say anything until now. Her cat was hanging over her shoulder like usual as she casually walked over to where Luxen was. Her cat decided it didn't like the paper it was chewing on anymore and spat it at Luxen. In her defence having Kaiba eat the evidence was the best option since she couldn't set it on fire yet.

Luxen turned on the spot as he heard King's voice, he hated being caught in the middle of practicing his spells since he often gave the illusion to other students that he was simply a natural. "I can practice both, besides it's a thief's spell" Luxen snapped as he turned and faced the first year. "It's about time you showed up, are you ready to begin or did you pig out too much at breakfast and need to wait for your 'tummy to settle?" Luxen said in a snide tone. Quidditch was a spot that didn't have specific time lines and knew the match could end at any moment once it began.

He didn't particularly care for the sport but did know that most of the students were highly involved in how the teams performed. Slytherin had proven itself to be competitive on the field which meant that likely the match would be over and the school would be busy again sooner than later. "We are on a time limit" Luxen said, he didn't want to continue practicing if it meant being caught by others, since it would make the later practices more suspicious if anything did go wrong.
Luxen Silverback II

Alexis clicked her tongue and rolled her eyes. "The only one that logged out was Kaiba." She tossed her cat in Luxen's direction and ran off in another direction. If he wanted to complain about time she wasn't going to ask for permission to start.

Luxen only had a brief instant as he quickly raised his wand but instead of firing off a spell he merely decided to turn towards the left so that the fur ball landed on the ground next to him. "Count yourself lucky this time" Luxen said to the creature as he looked in the opposite direction of where @Alexis King had ran in order to give her some time to hide. He needed to make sure he didn't know which room she was going in if he was going to have a proper chance at practicing the spell. After counting to sixty he walked over towards the first classroom that was unlocked and went inside. "Homenum Revelio" Luxen said as he waited for something to happen.

Nothing did which meant he had either not cast the spell correctly or that Alexis wasn't in the room. He didn't think it likely that she would be in the first room he checked and so he walked out. Walking over to another door he found it locked. "Alohomora" Luxen said with a wave of his wand. To his surprise he heard a click indicating the door had unlocked. He opened and stepped inside, he was sure Alexis was not going to be in a room that had just been locked but figured it couldn't hurt to try the spell anyways. "Homenum Revelio" Luxen said again.
Luxen Silverback II

"A room? Should I? Probably not." Alexis thought to herself as she glanced back before taking a corner. She wanted to make sure he didn't harm Kaiba. But she also needed a distraction to get away. Kaiba was her best option.

She ducked around another corner and checked for a hiding place. She decided against going into a class room. She would hide behind something. That way she could see when Luxen was coming her way.

Luxen stepped out of the room not bothering to lock it behind him as he did so. He moved on to another room "Homenum Revelio" he said while within the room. Again, there was nothing as he turned and stepped back into the hallway. He needed to know if he was even casting the spell but was not sure with only @Alexis King hiding about. Perhaps it would have been wise to have someone else 'play' their little game. He shook his head to himself as he thought about it, the importance of this was not just mastering the spell but in seeing if the girl could keep her mouth shut and remain inconspicuous about what they were doing. He looked down and noticed the cat was still following him and it annoyed the very fiber of his being. If he wanted to force King out than he could simply attack the cat but again it wouldn't help his cause.

"Go find your master" Luxen said simply to it and much to his surprise the cat began to walk away. He had only been joking and didn't really expect the cat to listen to him. "It couldn't be that easy" Luxen said more to himself than to anyone else as he decided to follow the cat. If she could be found without magic but instead simply by following her pet than he would be displeased and perhaps would have to rethink their little arrangement. The cat stopped and looked back at Luxen who merely scowled in response. "I don't have all day stupid, find your master" Luxen snapped at the beast as it began to move once more.
Luxen Silverback II

Alexis heard Luxen scolding Kaiba to find her and tried not to laugh. Kaiba was a smart cat and if anything knew what was going on. Sure Kaiba would bring him close to where she was but not the exact spot. She peaked out and saw Kaiba come round the corner slowly. Then he stopped and just layed down. She guessed that was as far as he would go. "Good kitty." She thought to herself as she noticed Luxen come around the corner and she ducked back down before he saw her.

Kaiba now noticed Luxen was standing next to him and wanted to be picked up. So he started circling Luxen occasionally purring and looking up at him. Since Kaiba couldn't talk this was his best attempt to get Luxen to pick him up.

The cat was obviously going to be useless for Luxen's needs unless he was going to practice spells on it of course. Luxen knew that if he cast the spell correctly both he and Alexis would be aware of it, for the person was supposed to feel as though a shadow were swooping low over them. Luxen was fine with that of course since it would allow them to end the round almost immediately and begin again. "Homenum Revelio" Luxen said again but felt nothing. Ignoring the cat Luxen moved down the hall wondering if perhaps he needed to be closer to his target in order to cast the spell correctly.

It wouldn't surprise him as he was still only learning the spell and therefore it only made sense that he would not be able to cast a wide area just yet. "Homenum Revelio" Luxen said again as he continued to walk but again he did not feel the sensation. He needed to be able to use the spell if they were to train in the future and he didn't want to believe that it would not work for him. He looked down at his wand and it's curve, it seemed to fail him more these days. He wasn't sure why it was not working as well as it once did, there were many factors of course but he did know how to correct it. 'You will do as I command' Luxen thought coldly as he willed his wand to work properly. "Homenum Revelio" Luxen said coldly as he continued to walk.

He stopped dead in his tracks as he felt a sudden sensation overcome him, he smirked as he looked around to see if he could see the first year. She was nearby of course but he was unable to know how close she was. It would have been helpful if the spell would have given him the exact location. It didn't matter since he knew that she would feel the spell upon her. "Come out, I know your around here and I need to see how far my radius is before we try again" Luxen said out loud as he looked down and noticed the cat was near him again.
Luxen Silverback II

"Why don't you just pick him up." Alexis said standing up from where she was crossing her arms. When she did this Kaiba gave up with his attempts to get Luxen to pick him up and walked over to her. She didn't move because she knew Luxen would moan. When Kaiba was close she picked him up and put him over her shoulder. "He's more likely to leave you alone for longer periods of time if you're just nice to him. You know you're the only person besides me he won't attack."