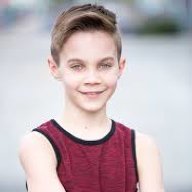 
Personality​
Daniel is a hard worker, but is mischievous. He will happily help someone study when he wants to, but will also happily distract them. He has an adventurous side, which rarely comes out, but is there. He is a loyal friend, doesn’t like bullies and will tell you when you’re annoying him.


History​
Daniel grew up as a Muggle in Canberra, Australia. Spending his time at school and hanging out with his Muggle friends, he never imagined that magic existed until he received his letter inviting him to Hogwarts. He was excited about attending the school, but his parents nearly didn’t let him go. He’s learnt to take advantage of his luck and work hard.
Last edited: Dec 4, 2019
Show hidden low quality content
You must log in or register to reply here.