Wand
14" Acacia Wood, with the essence of a Owl Feather

Wand: 14" Acacia Wood, with the essence of a Owl Feather. 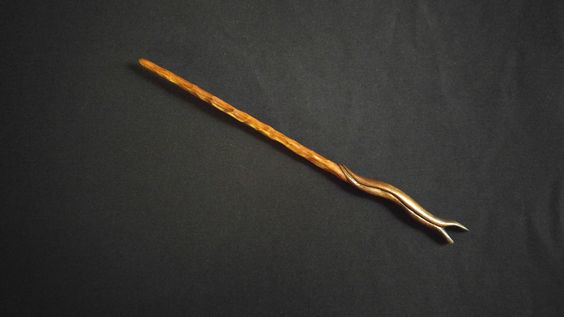 Appearance
Hair: Dark (near to black)
Eyes: Dark brown (near to black)
Style: Often accompanied by dark garments to match his eyes and hair, Cole's most notable and distinguishing garments fall in line with his appreciation of leather. This particular affection is accentuated through his wearing of leather boots and jackets.

Wandless Magic: Has the ability to cast reasonably powerful and accurate wandless magic.

Expert Practitioner of the Dark Arts: In direct correlation with aspects of his past, Cole has an exceptional understanding of dark magic and a wide knowledge on manners in which to practice it. Whilst in more recent years he shies away from displaying his prowess openly - he still holds a great deal of control and understanding over the darker and more sinister fields of magic.

Expert Duelist: Whilst not the best duelist in the Wizarding World, Cole's been known to hold his own when it comes to duelling others in spellcasting. In his past he has held his own in defending himself against other dark wizards.

Master Owl-Handler & Owl Expert: In correlation with his upbringing and constant association with Owls, Cole is an expert in the subject of the creatures as well as the means to handling and training the flying wonders. He has been noted to be able to tame even the wildest and most stubborn of owls - and despite it taking a great deal of time and patience - from any other onlooker, it would be described as being 'with ease'.

Charms, Potions & Transfiguration Prowess: Having excelled in the subjects whilst at Hogwarts, Cole's understanding and ability in the aforementioned areas of magical mastery are noted to be beyond the average wizard.

- Parents raised his to believe in a "one-magic world". The idea of this translated to the fact that they believed that magic was an unaffiliated essence which was governed only to be good or bad by those who practiced it.

- Attended Hogwarts Scotland for his schooling. Was sorted into Slytherin House and excelled in Charms, Transfiguration & Potions.

- Completed his schooling and became a member of the Manick Owl Battalion; a owl rescue group which is parents had created in their earlier years.

- Created the first branch in the United Kingdom, appointing his nephew, Flint Dontan as its overseer, before heading to New Zealand to create another branch there.

- Met his wife in New Zealand and had a son, Graydon, and a daughter, Ororo.

- He and his wife became the Board members representing the New Zealand M.O.B (Manick Owl Battalion), consulting with the United Kingdom branch and the United States branch.

- After several years of marriage, Cole and his wife divorced due to differing opinions on the upbringing of their children.

- After a request made by his son, stopped practicing a great deal of "dark magic" unless required of him.

- Spends most of his time tending to the well-being and protection of owls and training owls in the art of security; a particular strength of the Manick namesake.

~ credit to madz for the beautiful signature ~​

Wand
14" Acacia Wood, with the essence of a Owl Feather

~ credit to madz for the beautiful signature ~​
Show hidden low quality content
You must log in or register to reply here.