Lex is awakened by her growling stomach. She's starving and wants to eat the last time she eats breakfast.


What time is it? And she looks at the clock, it's

Lex pops up a good idea. She plans to go to the kitchen since it is not that far from her house.

Maybe cooking some food wouldn't be bad unless they want us to starve.

She sneaked into the kitchen but unlucky someone was there. She quickly hides behind the shelf where the bottles are stored. She's scared of breaking any. Caught in the kitchen will be bad, what even more if she broke a glass.

She stays there for a minute until he hears the footsteps fade away. She's getting out slowly in where she's hiding. The person was gone.


She grabs some eggs and oil some vegetables and ketchup.


Maybe a basic sandwich will do. She thought.


She starts cooking. She makes sure that she's quick and doesn't make any loud sounds. When she's done she wash the plates she uses and clean the countertop without leaving any single spot.


Now she can enjoy her sandwich. 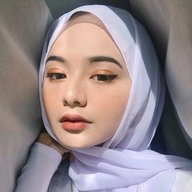 Iman loved baking. She used to bake every single day back home, and it felt so weird to go a day without baking. At home she had her younger brothers and her father to finish up all the bakes she had made. With three guys, the bakes seemed to vanish almost instantly. Iman baked when she was happy, and when she was down. Baking seemed to put her in a healing mood, and for now well, she really needed some healing.

Her first week of school had been a little too overwhelming for Iman. Everyone in her classes seemed so smart compared to her, and even though she was relieved to find out she wasn't the only muggleborn, she felt like she was going to need extra coaching when it came to understanding or grasping concepts taught. Even the other muggleborns seemed way smarter.

Iman needed to bake, or she was going to start feeling anxious again. She had heard the other students mention a kitchen where there were apparently house elves that would make food for the students. She made her way down to the kitchens quietly, hoping she would not bump into anyone she knew.
The first year tiptoed into the kitchen, and found herself watching another being in front of her. She blinked. For a moment she thought she saw a ghost. But wait, there were ghosts in the magical world, so why was she surprised? Iman tiptoed nearer, soon realising it was just another student.

Iman watched the girl, her eyes drawn to the sandwich the girl had made. "That looks yummy." Iman said with a shy smile.

Alexa was startled when someone spoke. She was about to bite her sandwich. She turned her gaze to the girl, good thing that it was just another wizard. She sighs in relief. And speaks to the girl. " yeah, i made this". She said flatly she doesn't have any energy to start a conversation. She needed to eat before she passed out because of hunger.


But she looked at the girl again, maybe she wanted a sandwich too, she thought. She looks like she wants some. She sighs again. Lex doesn't want to be rude and feel bad because of a sandwich. "Do you want some?" said lex.
​