Angel would be the first to admit he wasn’t overly fond of today’s lesson subject and he was relieved when his Sixth Years finally started arriving for class. He’d taken to exiling today’s plants on the other side of his office until today and would be glad to be finally rid of them again once they were done being used as a teaching aid. Eager to get the lesson over with, Angel quickly swung the greenhouse door shut with his wand once the last student was inside.

“Right, straight to it. Today we’ll be looking at Fanged Geraniums. Feisty bastards,” he said with a tense smile. He still hadn’t quite forgiven this crop for ruining the sleeves one of his favorite shirts yet. “Quite similar to the muggle “Cranesbills”, which share the same scientific family “Geranium”, but not much else. Most notable differences being the fanged geranium has fangs and a tendency to bite. Watch your fingers,” Angel said, beckoning the students closer to the group of fanged geraniums settled on the table.

“The fangs are used in potion-making, useful for strength potions, or even culinarily. Adds some extra bite,” he said with a dry, if bitter, laugh. “Come on and take a look, but be mindful of your hands. They’re relatively easy to care for, minus the teeth, of course, just ah-” Angel snapped his fingers at a particularly ornery geranium, waving his wand with his free hand to freeze it before it could finish trying to take a bite out of anyone. “-I suggest you employ an immobilizing charm if you intend on harvesting anything. Though if one does get its teeth in you, some dittany or quick healing charm should do the trick.”

“That’s all I’ve got for you today, though I'm willing to give extra credit to anyone who can find a recipe that uses fanged geranium fangs,” he said, dismissing the class with a lazy wave. “Feel free to check up on your screechsnaps or if you want to try your luck watering one of the geraniums, the dittany’s over here.”

----
RP the lesson and have your student interact with a geranium if they’re feeling brave. Extra credit for describing any recipe that might use the fangs*

*There is no canon for this, so feel free to name or create any dish for funsies.
Click to expand...

River wondered if they would be entering the Dangerous Plant Greenhouse again. She had gotten a pretty good look at most of the plants in that greenhouse in the last lesson, even with the darkest that she had to get used to. Yet she wanted to know more about the plants that she had seen. The young Slytherin entered the normal Herbology Greenhouse. She noticed the plants sitting there right away. Apparently they were staying in this Greenhouse today. That was a bit of a let down, but River couldn't help but be curious about the plant that was there with them today.

She took her seat, eying up the plant as she waited for the rest of her classmates to arrive. It took a little longer today. River must have been quite early. She waited patiently, taking out some note taking items just in case. When she was settled and everyone had arrived, the lesson began. The professor announced that they would be learning about Fanged Geraniums today. River wrote down the name of the plant before following the professor's motion to join him at the table where the plants were.

River watched as the plants snapped at them. They didn't seem to happy to be observed, or maybe they just weren't happy in general. The name did imply that. River listened to the lecture, taking mental notes for now. Her eyes glued on the plant that would easily take a bite out of anyone that got closer. The professor even used the immobilizing charm to keep one plant from attacking. River walked a little closer to the plant that was the safest, for the moment. She examined it until she noticed it start to move again. Moving back to a safe distance, River watched for a few more moments before the professor dismissed them.

She took her seat again, quickly copying down notes that were in her mind. She hoped she had gotten everything that the professor said down, but she would have to read the textbook later just to be sure. Once she had finished quickly writing down notes, River packed up her things and left the Herbology Greenhouse. She went to the library to search for some recipes that could used these interesting and angry plants. 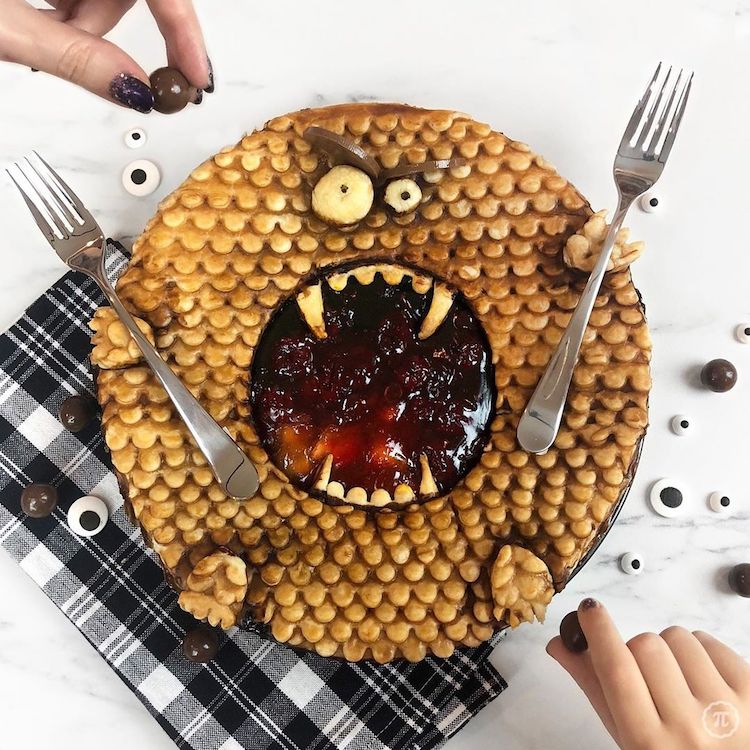 1. Cut up the Fanged Geranium, taking out the fangs to put aside for decoration later.
2. Add all ingredients into a large mixing bowl
3. Mix on high until incorporated
4. Lay Pie Crust into Pie tin
5. Add Filling from mixing bowl into pie crust
6. Bake at 400 degrees for 45 minutes
7. Let cool
8. Add fangs for decoration

Jordie was feeling more confident as the school year went on. He wasn't really sure why, but he was. He just- had this feeling that no matter what happened, it would all work out in the end. All he could do was try his best and be satisfied knowing that he had done as much as he could. For now, that meant going to class. Making sure his hair looked alright, Jordie walked to the classroom and took his seat, smiling at the Professor.

He hoped they would be finished with the angry plants lessons soon, wincing at the sight of it. He took several notes, adding a footnote that the geranium fangs were used in several different poisons, and only one antidote. It was definitely a nasty little plant, for sure. He gathered his things quickly as they were dismissed, hurrying back towards the castle. He certainly felt safer with a bit more distance.
Banner By Kadi

Branson had really enjoyed halloween, it had been everything he was expecting and it had been fun. This was hardly a surprise to the now sixth year, who’d been going to the halloween festivities pretty consistently since joining hogwarts. But with it over, his focus was shifting to what was definitely far more important. He had a lot of revision was focusing too on his article for the paper. He had a lot of writing to do for it, he had a lot of thoughts about the book that he was writing about. A first draft would enable him to get thoughts out and then simplify, but he was just working on said draft in between beginning to do more revision for his NEWT classes and making sure that he was on top of his work. Branson finished off the sentence he’d been writing and began getting dress for class. He gathered up his books and notes, and all the homework he needed for the day. He put on his uniform and then headed out of the dorm room going towards his first class of the day.

Branson walked into the herbology green house and took his usual spot in the room. He did half expect that they would be doing something in the dangerous greenhouse again, but they weren’t. Instead they were being told about fanged geraniums. He pulled his notes towards him and began writing down what the professor was saying about them. It seemed it wasn’t the professor’s favourite plant, which given the description of them, he thought was rather fair. He got down everything that was being said, but was glad when they didn’t have to interact with it in any way. He was able to just check on his screechsnap and then head out of the greenhouse. It had been an interesting lesson and he knew he’d need to make sure that his immobilising spell was up to scratch.​
biography | relationships | aesthetic​

Rune had actually been dreading Herbology. He had to enter the scary Greenhouse the past two classes. He didn't know how many more dangerous plants he could take. He would have much rather learned about roses or some nice flowers that would be found in his mother's garden. That was why he often spent so much time in the garden, why he took Herbology in the first place. But this year had been nothing like the plants that he enjoyed. Maybe that would change this week. The shy Hufflepuff could hope. He joined his classmates in the Greenhouse, seeing a plant out on the table out front. It did not look friendly in the slightest but at least it was in the normal Greenhouse today. That was a bit of a relief.

The Hufflepuff took a seat at his normal area. He took out some note taking items as the professor began. They were talking about the Fanged Geraniums today. Certainly not a pleasant plant as it attempted to nip. Even the professor did not seem to like it. Rune was not a fan either. But he listened as the lecture went on, surprised to hear that the plant was used in recipes. Rune wouldn't dare eat anything with that in it. Wouldn't the fangs well taste bad?

Rune kept his distance during the lecture. He was close enough to see the plant, but certainly not brave enough to get any closer than needed. He was relieved when the lesson came to an end. He liked this lesson better but still not quite as much as previous years. He left the Herbology Greenhouse, wondering what else the professor had in store this year, what other dangerous plants were going to be covered.