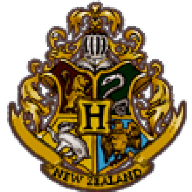 one and only substitute

“Afternoon, all!” Trina greeted the class as they were settled. “Today, we’ll be looking at the Venomous Tentacula, a specimen of which we’ve been provided here,” she said, motioning to the plant in question. “Now rest assured that this plant here is quite harmless, but you should know of course wild venomous tentacula are quite dangerous,”

“Venomous Tentacula are predatory plants, using their spikes and mobile vines to grab live prey,” She said, outlining the plant's spines in the air with his wand, moving her hand back when the plant lifted a vine lazily. “The spikes are venomous, hence the name, as is the ‘bite’ from one. The tentacula expels venom from their vines as they reach for prey before attempting to strangle them. They’ll even go after humans, they’re not picky,” she said with a slight nervous laugh as Hamneda shifted again.

“Now, any thoughts on how you might defend yourself from such a plant? They’re sometimes used as a defensive measure,” Trina nodded to a student as they raised their hand, considering their answer. “Yep, a severing charm would work perfectly, stun the plant and then severs the tentacles neatly,” she said, making a slicing motion with her hand as she spoke. “Very good. 3 house points for quick thinking,”

Checking her watch, Trina was relieved to see that it was time to wrap things up. “That’s all for today, make sure you have some notes down, I have it on good authority this’ll be on the NEWT."

-----
RP the lesson, first poster can answer the question for house points

we are born not once, but again and again

Harper wasn't exactly happy to see Professor Adelia back in the greenhouse. The woman had essentially tricked a student into poking a Mimbulus Mimbletonia last week. And today, she was standing next to a Venomous Tentacula. Harper knew from her reading that those were even more dangerous, so she was surprised to hear Professor Adelia describe it as "quite harmless." A sentient plant with spike-studded vines it could swing at will did not strike her as harmless, even if this one was domesticated.

Harper watched warily as Professor Adelia pointed out the plant's venomous spikes. This felt like a plant that should be safely locked away in one of the Dangerous Plants Greenhouses. She had to suppress a shudder at the thought of one of those spiky vines wrapping around someone's neck. Professor Adelia asked a question about defending oneself against the plant, and Harper raised her hand. "You could stun the plant and then use severing charms to get rid of the vines." It seemed that all the time she had spent in the Duelling Chamber strategizing against various scenarios hadn't been for nothing. The lesson ended soon after that, and Harper packed up her belongings, but not before making a note that Venomous Tentaculas would be on the NEWT. Hopefully, they would be confined to the written portion. Harper fancied herself a decent duelist, but even she did not want to fight a sentient man-eating plant.

Emmaline was surprised to see the substitute professor in the Greenhouse holding a rather intimidating looking plant. Her blue eyes looked nervously at the plant as she took her seat close enough, but far enough away of well. At a safe distance, Emmaline began to unpack her note taking items. She wondered how the professor was holding the plant with such calm. Emmaline had seen that plant in books before, knowing that it was not as harmless as a simple daisy or muggle plant. Emmaline turned her attention to the professor as the rest of the students arrived.

The lesson began on the Venomous Tentacula. Even the name sounded intimidating. Emmaline watched the vines move as she only looked down to take a few notes as the professor spoke. They were discussing the difference between the domesticated version that the professor held and the wild ones. The wild Venomous Tentacula would poison a person and then strangle them. The thought made shivers run down Emmaline's spine, small goosebumps appearing on her arms. She was thankful that they talked about how to protect yourself from it as well, having Harper answer the question.

Emmaline wrote down quite a few notes, including the defense that would be probably the most useful. Emmaline also made sure to write a description of the plant. It was going to be on their NEWTs the professor had hinted at. She wanted to make sure she could recognize it, know about it, and defend against it. When she had all the notes down neatly, the professor ended the lesson. Emmaline was pleased that it was a shorter lesson. She had quite a lot of subjects to study for as the time was moving by so quickly. Emmaline packed up her things and left the Greenhouse. Of course, she made her way back to the library to study, focusing on NEWTs instead of the upcoming graduation that she could not prevent.

It felt weird that they were already half way. That meant that the time left at the castle was quickly dwindling down. Some subjects had a lot of new information others were doing more revisioning. It was a lot, but she hadn’t expected less from her NEWTS. The WPC event that she hosted together with the CAC club had been a lot of work and Rose wondered how excited everyone was going to be. Rose was pretty excited for it and she hoped that her excitement would be passed on to the others. She had already prepared everything for the event, but she still had some lessons on her schedule for today. She packed her bag and then went to the first classroom of the day. Rose arrived at the Herbology classroom and saw that the substitute professor was standing in the Greenhouse instead of their old Professor. Venomous Tentaculas were pretty cool plants. Not that they were harmless, in the wild they would even go after humans. They would try to strangle them, but with a stun and a severing charm the plant would be easily beat off. Rose wouldn't want the plant in her garden. Muggles would visit and would be completely defenseless normally. Maybe if they carried a lighter to set the plant on fire, but you would probably be so shocked that you couldn't do anything. The lesson wasn’t that long and Rose was pretty glad. She needed the time to set up the WPC event that they shared with the CAC club.
Aesthetic l Relationships l Spotlight

Estella entered the Herbology greenhouse, frowning when she saw the substitute professor in the classroom yet again. She wondered what happened to their usual professor, and if he was okay, and when he would be coming back. The teen just took a seat next to Rosemarie and took out her writing equipment so she could listen to the professor's lecture. She spoke about the venomous tentacula plant that was on display beside her for everyone to see. The plant on display was a tame one, and not wild, and it made Estella wonder if perhaps wild venomous tentacula could be tamed. The Hufflepuff just wrote as many notes as she could until the lesson came to an end, and then headed out when dismissed.

Credit goes to Ana for the amazing banner!